7 African Curators You Should Know 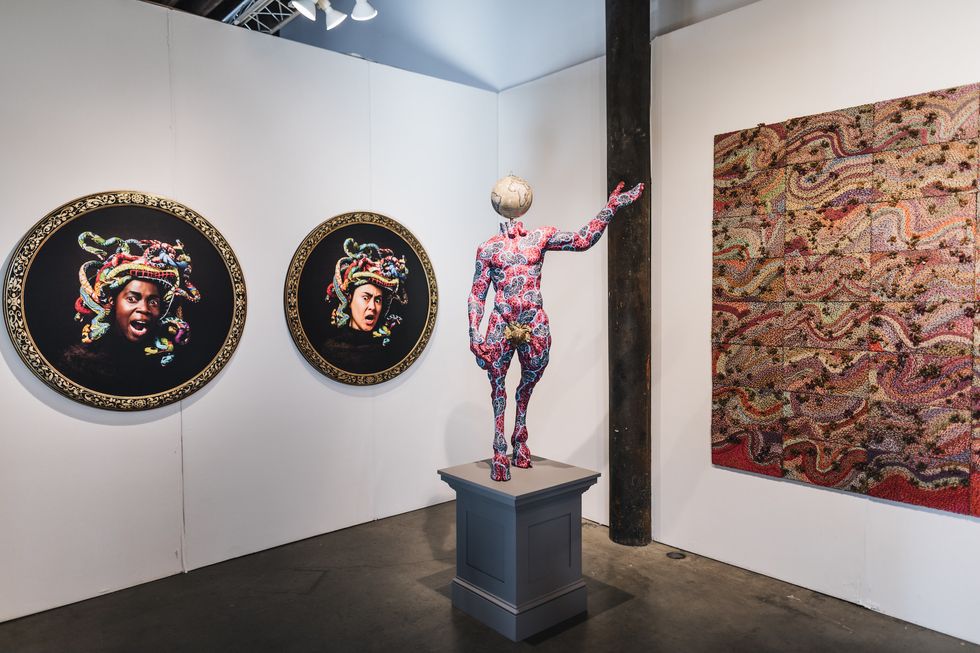 These African curators have already made in impact in the art world—get to know them.

The Brooklyn Museumrecently made headlines when it hired two white people as curators for their African art department. In October 2016, an article by TheNew York Times titled "Discovering Contemporary African Art, With a Curator as a Guide" profiled three curators and only one was African.

Coverage like this has led to the assumption that there aren't many curators of African descent. The reality is that African curators have held shows at biennales in Europe, curated ground breaking exhibitions and changed the way African art is perceived.

Here is our list of the seven African curators you should know.

As a child, Rujeko Hockley, who was born in Zimbabwe and raised in Washington, D.C., was an active museum goer of the Smithsonian. She began her career as a curator at the Studio Museum in Harlem, then went onto the Brooklyn Museum as an assistant curator of contemporary art. While at the Brooklyn Museum, she was responsible for co-curating the We Wanted A Revolution: Black Radical Women, 1965-1985 exhibition. In 2017, she was appointed assistant curator at the Whitney Museum where the museum's chief curator hailed her as "the brightest and most passionate curatorial voices of [her] generation." She will be organizer of the 2019 Whitney Biennial. Hockley believes that curators work in the service of the arts. In terms of being a woman of color in the arts, she stated in an interview with MM Lafleur that in the show We Wanted A Revolution, "we wanted to show that black women are not outsiders to the art world or to the feminist movement—we are right in the middle of it, being hosts and not guests."

Unlike his fellow curators on the list, Nigerian-born Okwui Enwezor took a different route to becoming a curator. While studying political science in New Jersey, he spent his downtime hanging out with creatives in the Bronx. Realizing there was almost no African art on display at New York, he created the Nka Journal of Contemporary Artin 1994. In 1996, he curated an exhibition called In Sight: African Photographers, 1940 to the Present at the Guggeinheim Museum. A year later, he curated the Johannesburg Biennale. In 2012, he curated the Paris Biennale and in 2015, made history as the first African to direct the Venice Biennale. Enwezor's work has addressed various social themes relevant to the African continent such as apartheid, labor disputes and genocide using the mediums of paintings, photography, installation and video. In 2017, Enwezor was awarded the International Folkwang Prize for his work "expanding art beyond the European American canon." He is currently the director of the Haus der Kunst Museum in Munich, Germany.

Missla Libsekal is an independent curator, writer and cultural producer who was born in Ethiopia and was raised in Swaziland and in Canada, which she calls home. She founded Another Africa, a site dedicated to contemporary art and culture practices. In 2017, Libsekal was the curator of the second edition of the Art x Lagos, Nigeria's first international art fair. In an interview with Nataal magazine, she described her approach to the curated projects stating, "I was thinking about the rupture of histories within the African context and how we address them—that felt critical to use as a foundation. I also wanted to think about materiality and expand on how contemporary art is understood and defined."

Raphael Chikukwa began his career as an independent curator before becoming the chief curator of the National Gallery of Zimbabwe in 2010. In 2011, he was the curator of the Zimbabwe Pavilion for the 54th International Art Exhibition, Venice Biennial (Venice, Italy) which was the first time the country was appearing at the prestigious event. He reprised that role at the same event in 2013 and 2015. He holds an MA in curating contemporary design from Kingston University, London and has presented talks on African museums at the Tate Modern, Art Basel Miami, Johannesburg Art Fair and more. He is currently the curator-at-large for painting and sculpture at the newly opened Zeitz Museum Of Contemporary African Art in Cape Town, South Africa.

Bisi Silva is an independent curator based in Lagos, Nigeria who obtained her MA in visual arts administration with concentrations in curating and commissioning of contemporary art from the Royal College of Art, London. In 2007, she founded the Center for Contemporary Art Lagos (CCA Lagos) to develop an "expanded notion of curatorial practice," as she stated in an interview with Freize. She sees her role as a curator as a way of linking the artist, the work and the public. Two prominent artists she has curated shows around are El Antsui (El Anatsui: Playing with Chance in 2014 and Meyina in 2017) and J.D. 'Okhai Ojeikere (J.D. Okhai Ojeikere: Sartorial Moments and the Nearness of Yesterday in 2010 and J.D. 'Okhai Ojeikere: Moments of Beauty 2011).

Silva has curated various biennales including the Art Dubai (2013), Thessaloniki Biennale (2009), Bamako Encounters (2007), Dakar Biennale (2006) and the Bamako Art Encounters Biennale in 2015. In 2016, she served as the artistic sirector of the Art x Lagos art fair. In addition to the CCA Lagos, Silva also runs the Asiko Art School—a workshop and residency program open to artists from across the African continent.

Simon Njami is an independent curator, artistic director and writer of Cameroonian heritage. In 1991, he created Revue Noire, which is described as the first international investigative quarterly magazine on contemporary artists from Africa and its diaspora. He served as the artistic director of several biennials including the Bamako Encounters (2001-2007), Picha Encounters (2010) as well as involvement in the Lubumbashi biennials and the Luanda and Doula biennials. He co-curated the first African pavilion at the 52nd Venice Biennale in 2007 and curated the FNB Joburg Art Fair in South Africa (2008). One of his most notable exhibitions is the Africa Remix, which featured works by eighty contemporary African artists shown at five venues worldwide from 2004 to 2007. In 2016, he was named artistic director of the Dak'art 12th edition.

Koyo Kouoh is an independent curator and cultural producer. She was born in Cameroon, then studied business administration in Europe before moving to Dakar, Senegal in 1996 to work in the creative sector. She set up the RAW Material Company in 2008, which is a contemporary arts center. In 2001 and 2003, she co-curated the Bamako Encounters and was curatorial advisor for documenta 12 (2007) and 13 (2012). Specializing in photography, video and performance art, some of her notable exhibitions include Body Talk: Feminism, Sexuality and the Body in the Work of Six African Women Artists (2015) and Precarious Imaging: Visibility and Media Surrounding African Queerness (2014). Kouoh curated the 'Forum' talks at the 1:54 Art Fair in London (2013, 2015, 2017) and New York (2015). In 2016, she was tapped to curate EVA International: Ireland's Biennial of Contemporary Art. In January 2018, Kouoh spent two weeks as a visiting scholar at the University of Pittsburg where she presented a talk on 'Institution Building as Curatorial Practice.'