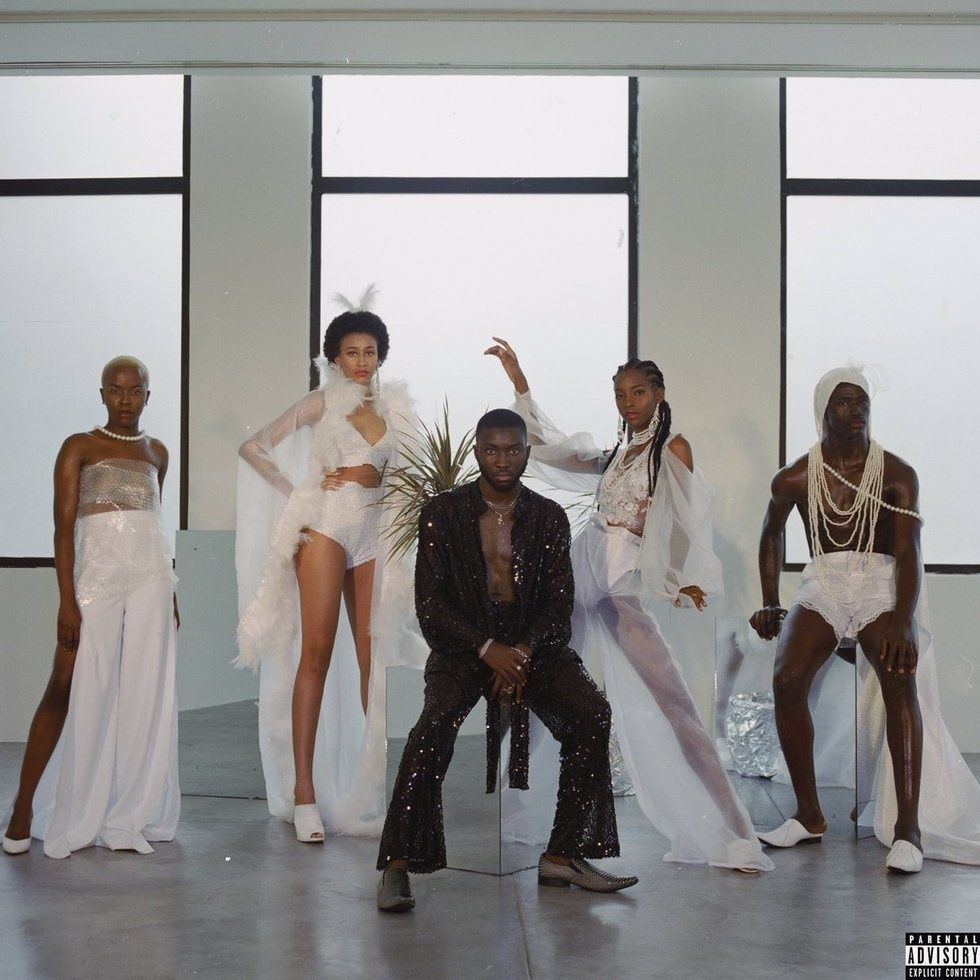 The best music of the week featuring Odunsi, Anatii, Olamide, Afro B, Quavo x Davido and many more.

Odunsi The Engine is the young producer and singer from Lagos who is at the forefront of the burgeoning 'Alté' scene. He represents the new generation of artists in Africa who are shaping their own sounds by drawing inspiration from different cultures, genres and styles. Finally, after all the teasing, Odunsi has dropped his high-anticipated debut album titled rare. The album is 13 tracks long and includes the infamous "Alté Cruise" as a bonus track.

Iyeza is a masterpiece. It's music for the soul, with Anatii providing an intensely healing listen, which is fitting, considering the album title literally means "medicine" or "anti-dote." There are elements of everything from gospel, maskandi and mbhaqanga to hints of Afropop and hip-hop. Anatii follows the path taken by South African artist such as Mashayabhuqe KaMamba, Sjava, Mlindo The Vocalist and Bongeziwe Mabandla in fusing elements of traditional South African music with newer sounds.

The wait is over. Afro B has been teasing fans and listeners alike with his follow-up single to "Drogba (Joanna)" lately on social media and it's finally here to dive into—exclusively on OkayAfrica. "Shaku Shaku," another banger produced by Team Salut, is not your typical song utilizing one of the most popular afrobeat dances of 2018. Afro B effortlessly visualizes what happens when a woman's shaku mesmerizes a man to want to be more than her dance partner for the night.

Olamide delivers unfiltered bars on his latest single "Bugle." The Nigerian rapper who released the colorful music video for his single "Motigbana" in August, is back with a gritty rap song that reminds us why he's one of the most celebrated MCs to come out of the Nigerian music scene. He shows off his rapid wordplay as he raps in his signature Yoruba and English flow over production by PheezOnTheBeatz. Unlike his previous releases, the focus of "Bugle" is purely Olamide's rap capabilities—the rapper drops line after line atop the track's mid-tempo beat.

The Scorpions & Saif Abu Bakr's long-forgotten album, Jazz, Jazz, Jazz, is credited as being one of the key releases from Sudan's jazz scene. Recorded in 1980s Kuwait, the rare 10-track album showcases a unique fusion of styles and is now getting it's first official reissue from Habibi Funk. "The music is a unique combination of incredible horn arrangements powerfully performed, a vigorous drummer contributing a funky backbone and Saif uniting those elements," Habibi Funk label owner Jannis Stuertz tells OkayAfrica.

Just a few weeks ago we got wind that Davido would be featured on Quavo's new album, Quavo Huncho. The anticipated LP is here and everyone (including ourselves) dug right into the song "Swing," which also features former Fifth Harmony member Normani. "Swing" is a groovy, afrobeats-lite track that was produced by French Montana, Murda Beatz and G Koop (the instrumental gives us "Unforgettable" vibes). As Normani holds the reigns of the track with her strong voice and Davido gets the job done with his brief verse, you'll hear all three croon about swinging and being sexually open.

South African DJ and entrepreneur Vato Kayde's single "Lost Hills" has been given the visual treatment. The song, which dropped in July and features AKA and Gator, is an undeniable trap banger standing on slippery bass squelches. Its music video, which is directed by Nape Phasha, plays out like an action packed movie of some sort. Be prepared to see gunfights, flashy cars and stashes of money, the way you would see in mafia movies.

"Vatel," the lead single to South African rapper Moozlie's recently released debut album Victory, packs some serious heat. The MC laces a vintage kwaito beat with her customary flair and larger-than-life personality. Lunatik, who produced the song, channeled legendary kwaito producer Mdu. Just like most of Mdu's productions, the beat is key-laden and the production is clean, with not much going on, but it still sounds full.

Madame Gandhiis the project of LA-based musician and activist Kiran Gandhi, who you may know as the former drummer for M.I.A. and Kehlani. Kiran has been releasing electronic tracks with the aim of elevating the female voice, the latest of which is "Bad Habits"—a percussion-driven meditation about improving yourself inspired by Fela Kuti. The track, which was co-produced by Madame Gandhi and Dallas up-and-comer Zach Witness (who produced Erykah Badu's But You Caint Use My Phone), is now getting a beautiful new desert visual that we're premiering here today.

Durban artist Aewon Wolf is releasing his last album under his current moniker, next year in March. Choose Love, his new mixtape is a prequel to that album. In true Aewon Wolf fashion, Choose Love showcases his diversity­ from production styles to vocals. He raps and sings, and is potent at both.

South African hip-hop veteranHip Hop Pantsula aka HHP aka Jabba is back with a new 5-track EP. Titled #FGTBB (an acronym for "Feels Good To Be Back'), the EP finds Jabba, who now goes by the name Jabba X, in his best form in years. Just as the title suggests, Jabba is feeling good, and it shows in the five songs on the EP.

Nigerian rapper Mcskill ThaPreacha comes through with the 11-track album The 9th Chapter. Dig into these Naija hip-hop joints above. The 9th Chapter is available everywhere now.

Lastly, from Sahel Sounds, "Sweet and sublime recordings from elementary school group in Northern Niger from the 1980s. All-girl group accompanied by their instructor on the acoustic guitar, recalling Guinean folk and early Ali Farka Touré."