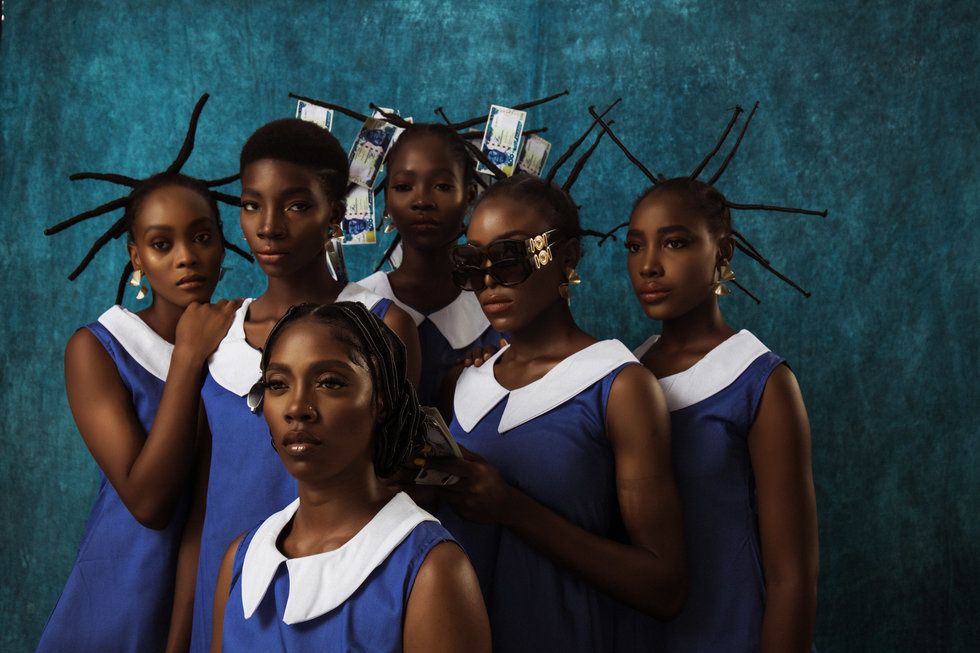 Tiwa Savage shares her latest song and video "49-99." The pulsating track sees the artist referencing Fela Kuti's famous "49 sitting, 99 standing" line from his 1978 song "Shuffering and Shmiling." Throughout the track, the Nigerian artist sings about the pursuit of money in her home country, offering commentary on widespread poverty.

Reekado Banksis back after a quiet period with "Rora," his first single of 2019 and the lead track from his upcoming album. "Rora" (translated from Yoruba as 'Take It Easy') is a highly-addictive production built on mid-tempo beatwork, highlife influences, and playful lyrics aimed at a love interest. "The new single 'Rora' was produced by Tuzi and Altims," Reekado tells OkayAfrica. "Tuzi produced [previous single] 'Sensima,' and Altims is one of my favorite producers from way back. He's signed to Mavin Records, my former label. We linked up again and made this one which feels really special to me."

Paris-born, New York-raised, Sudanese rapper, Bas shares the music video for "Jollof Rice" a standout from his latest project Spilled Milk Volume 1, featuring Atlanta duo and fellow Dreamville members, EarthGang. On the infectious song, produced by DZL the rappers spit boisterous lyrics and talk about their many desires: one of them being having their crush cook them jollof rice. Bas told Beats 1 Radio last month that the song and others on the project, were inspired by a recent trip he took to Lagos with label head, J. Cole.

Burna Boycontinues his victory lap around African Giant with the release of his new music video for "Gum Body," featuring Jorja Smith. The new Meji Alabi-directed video follows the Nigerian star and Jorja Smith as they play out a courtship, of sorts, in a dark apartment with plenty of Hennessy. The two buzzing acts have been collaborating a bit together, as Burna Boy recently joined Jorja for her single "Be Honest."

In July, pH Raw X and Sho Madjozi released a promising single titled "Ibeballinho." On the song, the two rappers share a catchy trap beat with a quaking bass line, which they lace with fitting raps. The recently released visuals for the song complement it well. pH and Sho Madjozi look on the video as happy as they sound on the song, especially the latter, who's known for her lively and light-hearted raps.

BLK JKS are back! Ten years after their much-hyped debut album came out, the South African outfit have announced that they will be releasing a new record, tentatively titled Before Humans. BLK JKS are sharing the upcoming album's lead single "Harare," a song of migration featuring Lesotho vocalist Morena Leraba. ""It's always been about reaching deeper into roots, as nothing has a more significant impact on our collective presents and futures," the band mentions. Get into it above.

Following the release of her album, Woman of Steel last week, Yemi Alade has released a music videoand now a short film for her lead single "Home." The emotional short follows a tortured love story between Yemi, who plays Nneka in the film and her lover Austine (played by Frankincense Eche-Ben). She has to escape an abusive grandmother and a mundane life in rural Nigeria in order to be reunited with him, in the hopes that they can run away together and live a better life.

K.O and Nandi Madida just shared the visuals for their collaborative single "Say U Will" which was released last month. Just like the visuals for their previous collaboration, "Skhanda Love," the new video has a storyline that intercuts performance scenes. The video, which was shot in Braamfontein, shows the two main characters' relationship going through a rough patch and, after, reconciling—the stuff of fairytales.

Rising Ghanaian/Cameroonian act Ghetto Boy comes through with his new addictive single "Je," a collaboration with the buzzing B4bonah. The new single is tailor-made for the weekend dance floor and can be found on his forthcoming EP Me Vs You.

In the music video for "Gibela," Robin Thirdfloor finds himself in a psychedelic world of neon lights and a mysterious character. The visuals are directed by Matthew Cuthbert and co-directed by Helet Anne Van Staden. "Gibela" is trademark Robin Thirdfloor—the song takes inspiration from kwaito and EDM, and Robin raps in staccato lines that are easy to memorize. Production on the song is handled by Sebastxn, who Robin has worked with many times before.

TLT and Thabsie's heartwarming love song tells the story of a couple that finds themselves apart because of life's commitments. "MaiZuzu" is highly inspired by Afro pop, and carries on a long streak of hip-hop artists in SA making music that references the country's vast music heritage. The song is produced by Gobi Beast, who's worked closely with artists signed under Rap Lyf, the same label to which TLT is signed.

Veteran South African rappers Golden Shovel and Battlekat (real name Tongogara) recently released a new song titled "Keep it Lit." The song, which is produced by Battlekat, is nostalgic boom bap decorated with a prominent electric guitar. Golden Shovel, in his verse, raps with the presence and clarity he is known for.