The 14 Best Ghanaian Songs of the Month 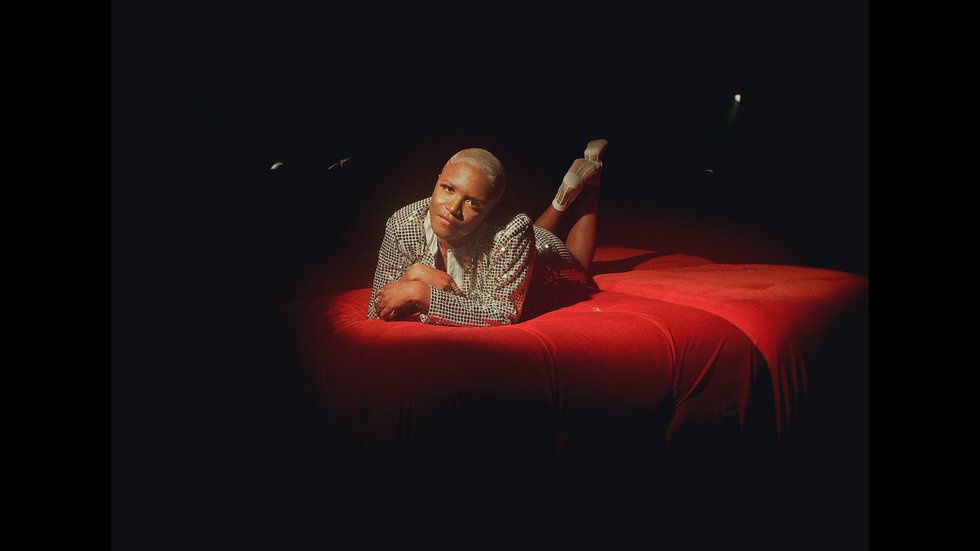 Amaarae in "Spend Some Time."

We previously explained 7 Reasons That Prove Wande Coal Has The Best Voice In Nigeria. In his new feature with Amaarae, his sweet and silky voice find the perfect partner in the Ghanaian artist, who made an entire EP of falsetto goodness with Passionfruit Summer. In the new single "Spend Some Time," Amaarae is plain speaking and needful while Coal mumbles & sings in falsetto, a casually impressive octave manipulation with which he teases and impresses time and again. —Sabo Kpade

After much agitation from his fans for new music, elite emcee M.anifest breaks his six month hiatus by delivering a satirical masterclass on how to be a rapper, whetting appetites and buying time as he works out the kinks in his upcoming EP, The Gamble. —Nnamdi Okirike

There's a case of a knotted lyric in the hook for "Kingston Child" when Efya sings—"Don't worry boy I gotcha / You will always be my protector"—which makes it unclear who the benefactor is on an otherwise fine song, her first release of 2019 since December's "Mamee" with Mr Eazi. "Kingston Child" is also rumoured to be the lead single of a forthcoming EP by the singer-songwriter. —S.K.

Singer and La Meme Gang member KwakuBs issues the video for his solo effort "Toi!," a catchy afropop number. The colorful and fun video details a day in the life of the singer, as he goofs around with friends while making his way to a blind date gone wrong. —N.O.

Harmonising female back-up vocals, a fest of horns, niggling guitar and lyrics about avoiding depression are carried by Kojey Radical's gravelly rap voice and pained singing voice, which is somewhere between a gasp and a chant. "I see pain in our people / I know we might see some more" insists Radical in what would seem like resignation but is in fact a clear-eyed realisation of a certainty and "true" weight of a thing rather than wrestle with the imagined totality of it all. —S.K.

Juls' new single is the perfect track to smooth over your weekend. "Maayaa," featuring Tiggs Da Author and Santi, is in keeping with Juls' running purpose of providing the vibes with substance. In this case, "Maayaa" is twofold: a dedication to the late and great Dr. Maya Angelou (as well as a nod to Thursday borns), and a declaration of honoring the strong, black woman.

The dreadlocked Ghanaian act sings a message of love beyond the barriers of tribe on a mid-tempo, guitar laced trap ballad. He sings and dances in earnest while using the single and video to address an important African issue: tribalism and cross-cultural relationships. —N.O.

Ever irrepressible, Shatta Wale builds blocks of staccato melody inside the hollow bounce of Paq's beat hitting damn near every consonant in his verses and chorus for "Hausa Koko" as well as delivering an attention grabbing line, "I no dey force woman like you / I no be rapist." It is the cumulative effect of his delivery on that single and "Holy Man" from which all musicality is gained. —S.K.

E.L finally scores a national hit with his last release "Higher", and opts to consolidate his comeback with this self-produced afrobeats cut, as he delivers a sobering message wrapped in a danceable package. —N.O.

A sturdy and unchanging bass drum is varied with cowbells and handclaps on this unabashed dance banger by Eddie Khae who is no short supply of charm and humour. —S.K.

Sam Opoku 'The One'

Ghanaian-American singer Sam Opoku makes his official debut with this afrobeats single "The One." Here, the bouncy backdrop provides him the setting to sing with conviction about the one he loves, making for a syrupy sweet afropop tune. —N.O.

Pop triumphalism drawing all it can from gospel for the selfish ends of pop success is either 1) a tired yet enjoyable old trope or 2) points to the elasticity of both genres. The video lacks imagination which is a shame as "Father" is well engineered for success in the sister markets of Nigeria and Ghana. —S.K.

In Kwesi Arthur's first appearance on Charlie Sloth's Apple Music Beats 1 show, he opens appropriately with a bar-fest about rap supremacy and self regard. The Ghanaian rapper's just as engaging over a trap beat and continues his mix of pidgin, twi, English before rounding up on an afroswing track in a drawl of a singing voice and some cheeky humour; "I hear you girl says she loves man and she can't even cook jollof". All along, an ever ebullient Sloth eggs and eggs him on. —S.K.

Never a dull presence, Patapaa turns it up a notch on "My Destiny," a throbbing hip-life song that would be even closer to highlife itself if it did not include a rap verse. —S.K.