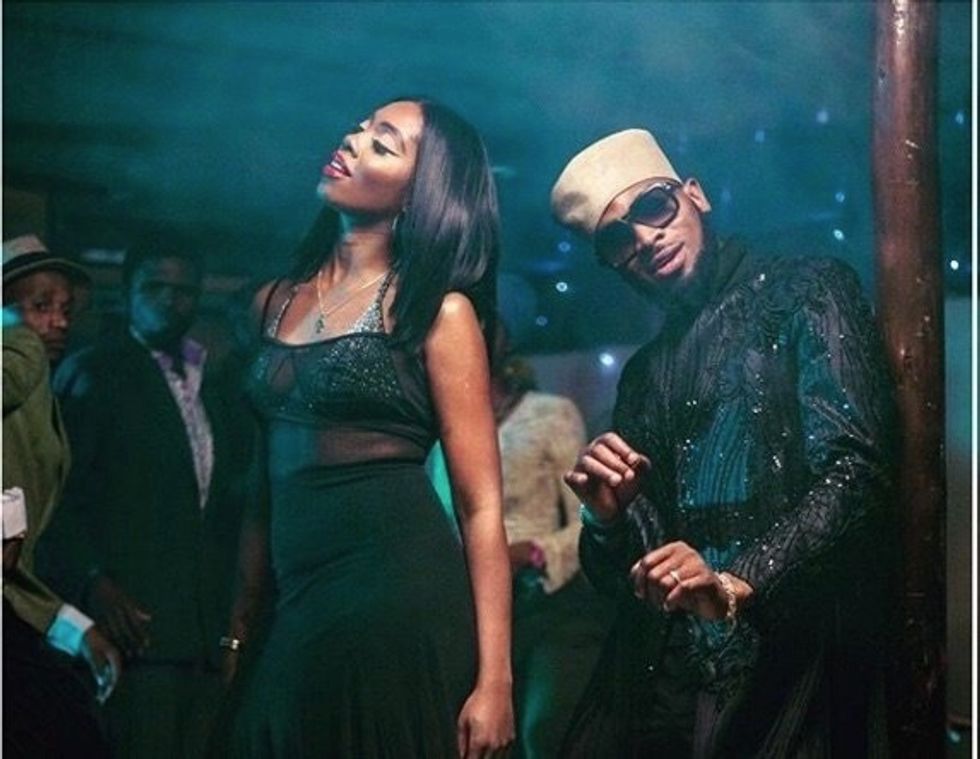 Sade has graced us with her second single of the year—this time for Steve McQueen's highly anticipated film, Widows. We now have two new Sade songs to shed thug tears to before the end of 2018, y'all. Here's a newly released lyric video for her new track, "The Big Unknown." This single will be played during the end credits of Steve McQueen's highly anticipated film, Widows, which is due to be released in theaters November 16.

Wizkid has had a huge year, dropping a number of singles and unforgettable features, but he's not done yet. The Nigerian megastar has dropped the much-talked about single "Gucci Snake" featuring fellow Naija artist Slimcase. "Gucci Snake," is a catchy jam that sees Wizkid bragging over upbeat production. It's a departure from the mid-tempo vibes of many of his more recent singles like "Fever" and "Master Groove," which he released last month.

South African house singer and poet Busiswais back with her sophomore album, a year after her debut Highly Flavoured. Fittingly titled Summer Life, the new album spans 10 tracks, and, as you'd expect, will make it impossible for you to listen without shaking parts of your body.

Nigerian Afrobeats starMr Eazi just dropped a new mixtape. Titled Lagos To London (Vol. 2), the project is the artist's third offering after Life Is Eazi Vol. 1 and 2. Lagos To London (Vol. 2) lives up to its title, as it features artists from both Naija and London, alongside artists from other countries. The likes of Maleek Berry, Distruction Boyz, Giggs, Chronixx, 2Baba, Sneakbo and a whole lot more, make appearances in the 15-track project.

M3NSAcomes through with the new video for "SDI," a head-nodding single that sees him connecting with fellow Ghanaian Amaarae. The new track, which was co-produced by Andras Weil, sees the FOKN Bois and Red Red member addressing how he refuses to get caught up in the pressures of expectations, while the buzzing Amaarae delivers a knockout verse of her own.

D'banj and Tiwa Savage 'Shake It'

D'Banj comes through with "Shake It," the new single he's been teasing across his socials (along with a yet to be released Cassper Nyovest collaboration, "Something Something"). The new Spellz-produced new track sees him connecting with Tiwa Savagefor a highly-energetic jam that'll surely be lighting up dance floors all weekend.

Speaking of M3NSA, his group alongside Wanlov the Kubolor, FOKN Bois, are back. The Ghanaian duoare readying the release of their new EP, Afrobeats LOL. We're told the tongue-in-cheek title is the guys making fun of themselves—they said they'd never make an afrobeats album but they've ended up making a very good one. Afrobeats LOL is is set to featuring collaborations with the likes of Mr. Eazi, Sister Deborah, Dex Kwasiand Gyedu Blay Ambolley. "Wo Nim Mi" is its lead single.

Frank Casino's new EP, Heroes of Tomorrow, came out today. The four-track project sees the East Rand MC doing what he does best, and that's drippin' that sauce with his commanding voice over growling 808s.Frank is potent throughout, but the highlight of the project is Cassper Nyovest's guest verse on the closing song "Sudden," which also features Major League. Every now and then, Nyovest reminds heads that he is indeed a skilled rapper (think the last verse of "Ngiyekeleni" and the songs "I Hope You Bought It" and "Tsibip," among others).

"Tear Rubber," one of the standouts from DJ Neptune's latest album, Greatness, gets a big remix that'll jump start your week. The track, which originally featured Mayorkun, now gets a massive revisit featuring Mr Eazi, Duncan Mighty and Afro B. All three are potent additions to this laid-back and addictive Young John-produced track which was already getting a lot of spins.

South African rapper Shane Eagle has been teasing a mysterious project titled YellowVerse for the past few days. YellowVerse, which just dropped, is a visual project that sees the MC travel into different worlds in this universe that is of his creation. The clip plays out like multiple music videos that are visually related. For 15 minutes, the rapper goes through songs from his 2017 album Yellow—"Empty Highways," "On My Own," "MIHI" and "Intro," and the single "THE MOON!."

Sola is an exciting new act coming out of the London scene. The British-Nigerian artist makes music that she calls 'warped soul'—a blend of her deep vocals with experimental electronic production and influences from afrofuturism and her Nigerian heritage. The new Savannah Setten-directed music video for her single, "Save Yourself,"which takes viewers through a black-and-white battle with ones inner demons, eventually coming out on the other side in renewed color.

After a slew of successful features, veteran Nigerian musician Duncan Mighty returns with his first official single of the year, "MieKeRaSo" and it's a banger. The song, produced by star producer Spellz, who also produced Duncan Mighty and Tiwa Savage's hit collaboration from earlier this year "Luva Luva," sees the singer delivering rhythmic lyrics in his signature high-pitched vocals over smooth, highlife-tinged production.