Davido During His BET Awards Speech: "Come to Africa" 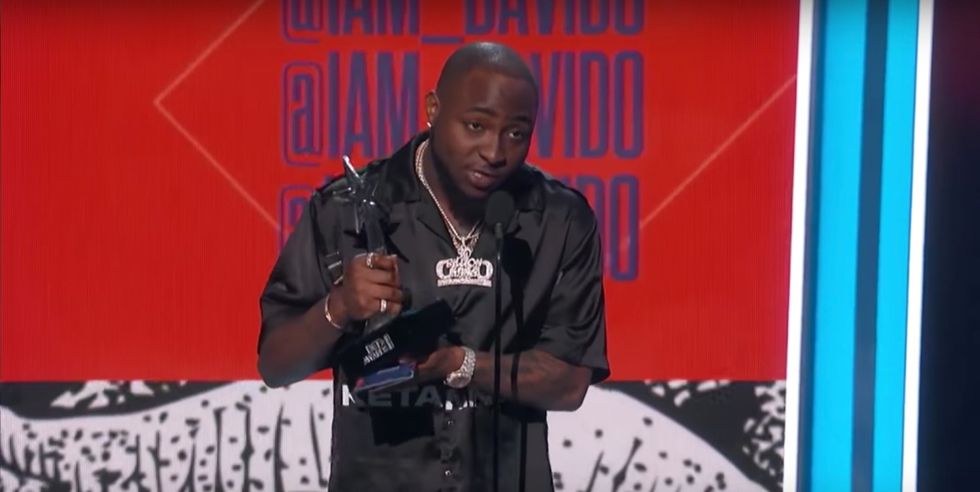 The Nigerian singer, who's landed major hits lately with "Fia," "If," and "Fall," took the time during his speech to urge people to come to Africa and to collaborate with African artists.

"I'm telling you guys, y'all come to Africa, eat the food, wear the clothes," he mentioned from the stage. "My continent has been so blessed to influence other cultures. Let's collaborate everybody," he also said.

"Before I go on, I want to send condolences to my big brother, the actual artiste that paved the way for us to be on this stage, Dbanj my condolences I wish you. You're my brother."

See both videos below.