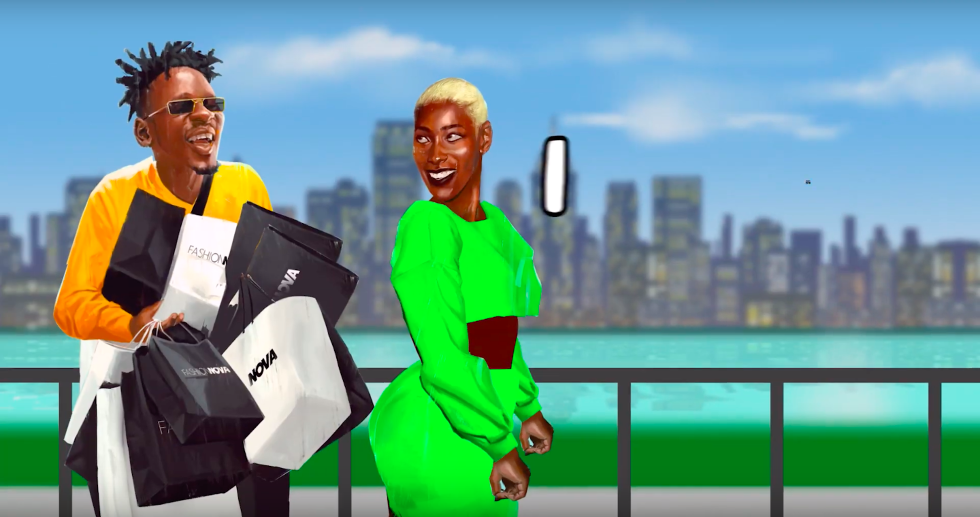 Nigeria's "Queen of Afro-house' is back with a new single, "Body Sodiq," and it's catchy as ever. As usual, Niniola delivers a club-ready track that's made to dance along to. The song sees her laying her signature airy vocals atop pulsating production from popular Nigerian producer Kel P. On the track, the singer narrates a mesmerizing night out on the town.

Wizkid and Olamide once again after having proved themselves a potent combination on "Kana" and plenty other hits. "Totori" is a head-nodder that's sure to get stuck in your head which also sees them working with producer Id Cabasa. You'll hear this one ringing out at the parties.

Flame released his debut album, CandyMan, which has been long promised and teased. The South African hip-hop artist's cult following has been impatiently waiting for the release. CandyMan features the likes of Frank Casino, Ecco, The Big Hash and Ayanda Jiyaamong others. On first listen, it's a solid project that sees Flame maintain his style and attempt to build on it (for instance on the song "Up and Lost," in which he rides an uptempo pop beat).

Mr Eazi continues his run with his first official single of the year "Supernova," a cheeky banger produced by Dre Skull & E Kelly. On "Supernova" Mr Eazi sings humorously about spoiling his woman with clothes from Fashion Nova, amongst other things. He released an animated "visualizer" to accompany the the just under 2-minute track.

Shingai, who you should know as the bassist of The Noisettes or from her work with Africa Express, comes through with her debut EP, Ancient Futures. The 4-track is a must listen as the Zimbabwean-British artist presents an intiricate pop celebration of her roots. "'Coming Home' represents the journey of Zimbabwean music, whose legacy she's takinginto the future," her team mentions. "Original synth parts revisit ancient mbira melodies and guitars to create infectious hooks, allowing Shingai's vocals to soar into anauditory league of their own."

WANI is a relative newcomer to the Nigerian scene whose debut EP, Lagos City Vice, has been making the rounds since its release last year. We premiered the new music video for "China Designer," an highly-addictive jam that's sure to get you in weekend mode. "Shot by Xamani, the video for 'China Designer' plays up to the Lagos City Vice aesthetic as it captures a lustful romance between WANI and his love interest," his team tells OkayAfrica.

Nigerian rapper Blaqbonez has been one to watch and has especially made an impression since his COLORS-inspired freestyle for Aktivated TV dropped a week ago. And just a year ago, the new generation artist from Chocolate City Music dropped "Mamiwota" featuring another up-and-coming heavy hitter Oxlade and the music video is finally here.

PDotO released his sophomore album Under The Sun around this time last year. The Pretoria-based MC shares a new video to a fan-favorite from the album, "Celebrate The Roses" featuring Reason and Delite. "Celebrate The Roses" resonated with PDot O's fans, as it touches on a subject that's close to everyone's heart. On the song, the rapper and his collaborators touch on the phenomena of people only receiving their roses when they can't smell them.

Mannywellzis a buzzing Nigerian-born artist whose music blends influences from hip-hop, RnB and West African rhythms. He comes through with his latest music video for "Soul On Fire," which offers an intimate perspective through Manny's lens as a DACA recipient.

Ghana's Ssue comes through with a heavy dose of addictive vocals and percussion in her new video for "Fire! Fire! Fire!" The song sees the singer-songwriter connecting with Teddy Ossei of Osibisa for a dance floor-ready afropop banger that also serves as a warning. Don't get burned and listened to the new single above.