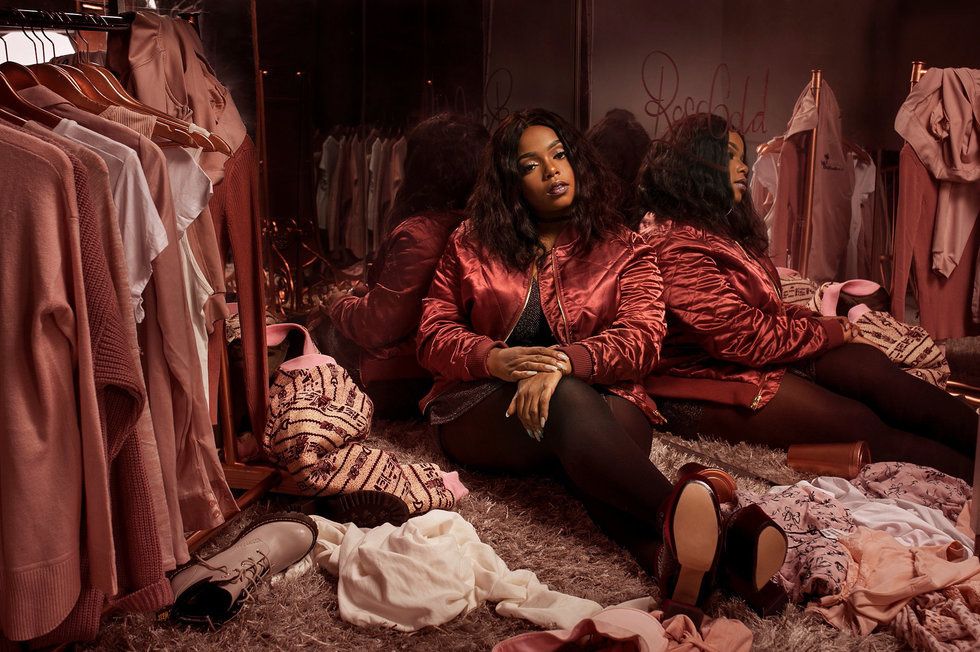 Shekhinah. Image courtesy of the artist.

The best music of the week featuring K.O, Olamide, Phyno, AKA, Shekhinah, Burna Boy and more.

Born in New York and raised across Accra, Atlanta and New Jersey, Ama Serwah Genfi, also known as Amaarae, is a 23-year-old singer, songwriter and producer with an atmospheric sound that's characterized by her alluring lyricism and vulnerable melodies.

Pongo continues her narrative following the popular prelude origin story presented in "Tambulaya." Her latest single, "Kuzola," is a beautiful and heart-wrenching story told through music. The Lisbon-based artist expands on the captivating tracks of her latest EP, Baia, with this music video, giving us a painful visual to the lyrics she soulfully sings.

The World Cup is quickly coming up this week and, with just a few days before the first kick-off, we get this new Nigerian anthem from Olamide and Phyno. "Road 2 Russia (Dem Go Hear Am)," which is being promoted as the official Super Eagles song, sees both artists big-upping their team and its star players—Victor Moses, A lex Iwobi, and Mikel Obi, all get shout outs—over a mid-tempo beat from Pheelz.

Read: How Will African Teams Perform in the World Cup?

South African superstar rapper K.O. just released a two-track EP, Two Piece, featuring two of South Africa's top MCs, AKA and Cassper Nyovest. The EP is a moment in that AKA and Cassper Nyovest have an ongoing feud that dates back to 2014. If you recall, at the height of the beef, Nyovest once tweeted that he would like to do a song with both K.O. and AKA, a tweet AKA brushed off using a K.O. lyric.

South African singer Shekhinah just released the video for "Different," one of the strongest songs in her brilliant debut album, Rose Gold. The song features the seasoned singer Mariechan, formerly from the group Jamali, and responsible for the banging instrumental is the producer Mae N. Major (get familiar).

Burna Boy and Lily Allen make a pretty stellar musical duo. We learned this earlier this year upon the release of their first collaboration "Heaven's Gate," from Burna Boy's acclaimed album Outside.Now, the two have teamed up for yet another catchy collaboration, this time from Allen's latest album No Shame, which dropped today.

Jamaica and Nigeria collide in this new remix of Korede Bello's "Stamina," featuring Jamaican star Gyptian, DJ Tunez and producer Young D. We can see this one blasting across parties this summer. Grab it below via Bodega World Music.

Two of Lesotho's finest on the mic, L-Tore and Kommanda Obbs, connect on this new banger. Titled "Ke Mekeche," the song sees the two rappers share impressive verses over a trap instrumental that boasts an eardrum-wracking bass line.

The Grey Series, Volume 1 is a true gift for the fan of lyrical rap. Accomplished South African lyricists such as Ginger Trill, Captain (The Assembly ZA), Mawe2, Zubz, Blaklez, Mothipa, Gigi Lamayne, Rouge, N'Veigh, among others each drop fire flame emojis over beats by a variance of producers including Hipe, Mananz, Cam Bluff, Becoming Phill and Monexus. It's just beats and rhymes for a whole half an hour, and no other additives and preservatives.

Mx Blouseraps, but they prefer to not box their music as hip-hop. Which makes sense. While on their debut EP, Believe The Bloom (2017), they favored boom bap-inspired production with touches of electronic, their latest single "Is'phukuphuku," fuses kwaito, electro and, of course, hip-hop.

Read our interview with Mx Blouse.

Lulu James is back, and she's dawned a new moniker: #3rdCultureKid. "Mto" is the perfect tease for Lulu's upcoming album, which will be a thorough gaze into her background and transition as an artist. Prior to the production of her latest album, Lulu traveled back to her hometown in Tanzania, a trip which restored her of her Tanzanian roots, familial history, and musical upbringing that inspired her sound. That epiphanic trip birthed "Mto."

Michael Dapaah, better known as his grime rapper alter-ego, Big Shaq dropped "Man Don't Dance," the highly-anticipated follow-up to his viral hit "Man's Not Hot" last month, and today he shares the video for the new single. Big Shaq shows real growth in the music video by finally taking off his jacket—despite his earlier claims that "mans can never be hot." He also gets married to Biritsh radio DJ Snoochie Shy.

Norway-based South African soul singer Nosizwe is always hard at work. She recently released a new single titled "The Drill." The song's music video, which we premiered, is a counter to the song's heavy subject matter, as it has touches of humor—on the video, you can see Nosizwe being herself, gyrating in different serene locations all showing Norwegian symbolism.

The hype for AKA's upcoming album Touch My Blood, which is out this Friday, is at an all-time high. And he's not helping things by releasing more songs ahead of the album's release. Two weeks ago, he released two new songs, "Beyoncé" and "Amen," which are both on the album. This morning, the rapper let loose another banger off off TMB titled "Fully In." He once teased the song on social media, and fans went on a frenzy.