The Best Nigerian Music Videos of 2018 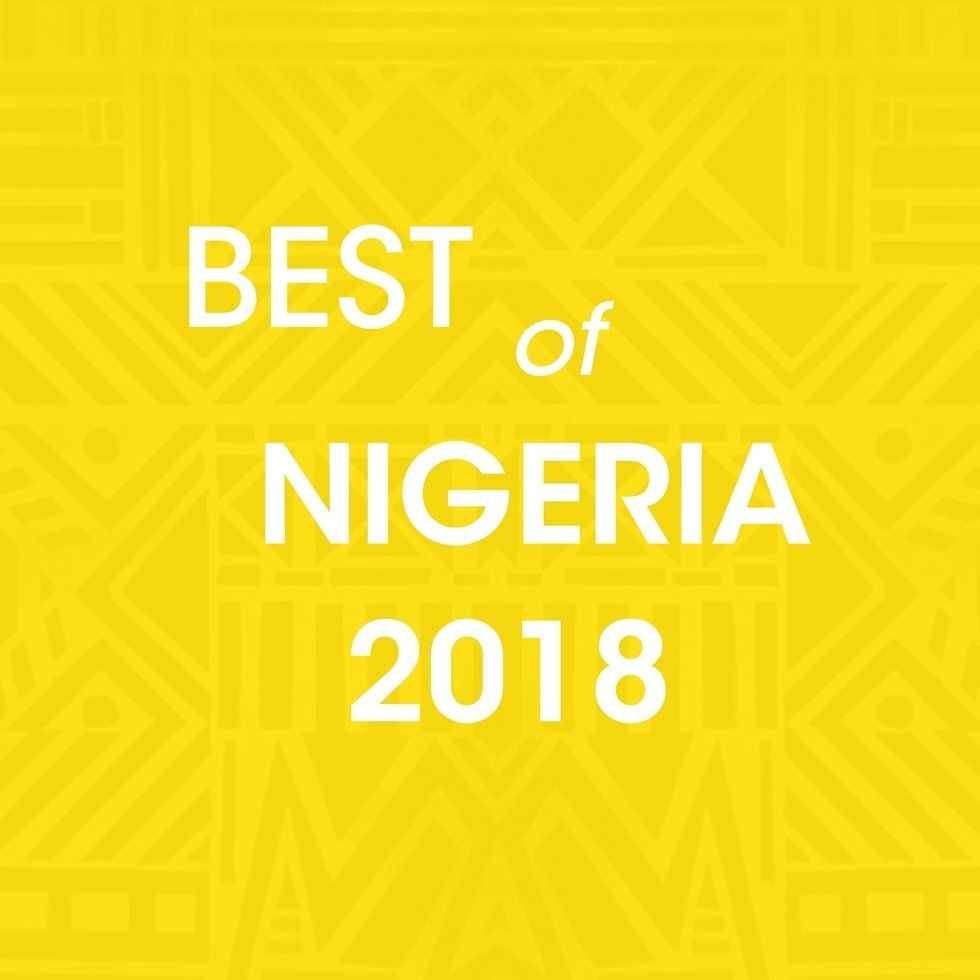 Some music videos complete a song, realizing its message and intentions—if they are well executed. While other videos, "Kana" by Olamide and Wizkid for one, are a near- criminal waste of an otherwise exceptionally crafted song.

For the most part, 2018 has seen fantastic visual creativity and flair from directors, stylists and artists, no doubt driven by competition between artists but also as necessary branding.

Read along for our selection of the best Nigerian music videos of 2018. Listed in no particular order.

Patoranking's "Available" was the earliest and best realized grafting of South Africa's gqom and gwara grawa to Nigerian shaku and pop sensibilities. The use of colors with strong chromatic contents may beg to be noticed but it's the sharp and snazzy editing that will hold your attention.

Davido's idea to shoot "Assurance," an ode to his true life lover, in idyllic Barbados is fully realized by director Meji Alabi, who explains in a note to OkayAfrica: "The thing about Chioma and Davido is that the love is real. The chemistry and energy is real. And although video models have their own chemistry—there's something about a backstory and knowing that this shit is real love."

Shot on location at The Shrine in Lagos, Director Meji Alabi depicts Lagos nightlife as a heady and hedonist bliss featuring large amounts of smoke and drink, scuffling thugs, loving couples, steamy dancing, palm fronds and the charming tag-team of Tiwa Savage and Wizkid—a visual feast that improves on an already-winning song produced by Spellz. The video went on to shock Nigerians online by amassing 500,000 views in its first day.

It would help to recall that Seyi Shay was the lead singer of a girl band From Above managed by Matthew Knowles, father to one Beyoncé, she of eternal elegance. In the video for "Bia" taken from her Electric Package EP, Seyi Shay is the consummate performer, a sensual samba dance expert.

The naturalism espoused in Brymo's music is crystallised on the song and video for "Heya" in which, clad in just a sheaf over his nether regions, he emotes on themes of life's simple essential wants on a grand piano looking at the expanse of a Lagos lagoon.

The most exuberant of Tobe Nwigwe's typically exuberant video series on account of the traditional Igbo costume isiagu and wrappers, and a set which looks like a sculptured-painting made chiefly from ceramic and glass, and some boisterous dancing by a middle-finger waving masquerade.

Michael Jackson's "Thriller" remains the grand idea of a music video, nightmarish tropes from which director Kookey has adapted to the trendy (shaku dance, Fela's aesthetic) and topical (codine epidemic) in 2018, all at an indulgent 7 ½ minutes in Olamide's "Science Student."

It's been the year of the shaku, where nary a music video (and Instagram post) is made without the dance. "Diet" scores high marks for artfully collaging the major talking points of Nigerian pop in the first half of the year with trendy phrasing from trendy drug use, energetic shaku dance, faultless features from Tiwa Savage and Reminisce, plus an elegant house beat by Sarz—egged on by hype man of the moment Slimcase.

Employing extensive use of digital intermediate color-grading throughout, the freakishness emphasized Santi's video draws heavily from horror film tropes. All black costumes, lit candles, fluorescent crucifix, mirrors, a convulsing woman press home what is grim and ghastly, little of which is ruined by Canada-based Nonso Amadi's scenes which appear to have been shot separately but unified by color saturation.

What do afrobeat and United Colors Of Benetton have in common? Pristine and elegance is to be found in the tasteful combination of hypnotic dance and color palatse that evokes WurlD's Yoruba heritage, debt to Fela and hair dye, and the universality the Nigerian-American artist preaches.

An excellent staging of still models and agile dancers, graffiti and on trend dances, sensible use of teal and spot on performances from the Starboy quartet on what is already the perfect pop song.

Specific items and combinations bring distinct glamour to Yemi Alade's videos which you don't find in many others. The coral-colored evening dress she wears is delightfully regal, but more interesting is the band of men and women in white turbans and print-heavy trousers & waistcoats which offers an Arab-African vision that makes one seriously consider an alternate reality of cultural cohesion, beyond the already fantasized world of music videos.

Footage from parties, concerts, idling and other unguarded moments are collaged into a single portrait depicting the youthful energy and creativity by the most exuberant sub-culture to have yet emerged from Nigeria which, decades from now, will remain a testament of unbridled creativity and a riotous celebration of life.

Possibly taking a dollop of inspiration from Common's video for "The Light" (1999), Director Meji Alabi has assembled a most pleasurable visual palette made of up sexy lace gowns, oak floors, dropping curtains, a luxurious bed, life size mirrors, indoor plants and a gorgeous model making for the best dream ever.

"Sometimes my mama's house don't feel like home" goes the devastating admission in what is a convincing portrayal of what may at first seem like a song about existential loneliness, but is primarily about depression and one's helplessness before it. Muted reds, corals and brown emphasize the melancholy, as does Adekunle Goldpacing the entirety of vast, open floor plan all in one great wallow.

Ever a magnetic screen presence, Burna Boyas well as his models, dancers and entourage are the living part of a set that would also work well on it own as an exhibition of a fluorescent light sculptures.

Grime meets Fela Kuti in monochrome in "Pure Water." The music video sees Skepta amidst models attired in skimpy, beaded outfits in the manner of the afrobeat king's dancers, but set in a largely empty warehouse whose skeletal framework impresses on the stark grime beat.

Starting out with melancholic grays and still, sullen facial expressions, "Games" is soon warmed up with a pleasing pastel palette and concert dance before the introduction of nine dancing emojis. The chromatic story may not strictly follow any necessary emotional development in the song but convinces on its own as a near-sensual and satisfying viewing experience.

A bare-chested and well-ribbed Zamir stalks the streets of Lagos collecting cash owed to him at an abattoir, down stairwells and in a church in what may look like a throwback to an older idea of masculinity in rap but is livened by the hyper-realism of a pig's head superimposed on his targets and policemen.

In the music video for "Fever," Wizkid roped in Tiwa Savage to play his lover for what looks like a baecation. The visuals have had tongues wagging all over Twitter, and we didn't blame y'all. Our contributor Joey Akan, however, argued that the two stars manipulated African curiosity for profit with this clip, as he wrote, "Wizkid and Tiwa Savage aren't dating, they have successfully utilized public attention on their interactions to improve their bottom-line."