The 10 Songs You Need To Hear This Week 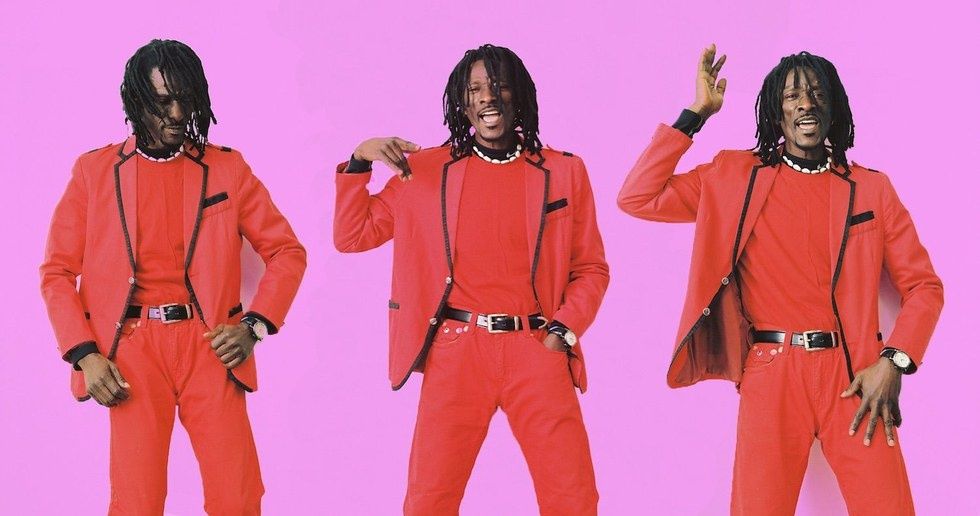 Janka became a star in 1990s Sierra Leone for this updated take on traditional bubu music, which he created by adding electric studio instrumentation to the traditional genre. Revisit Janka's truly captivating and impressive bubu music sound—play it loud.

M.anifest dropped a new music video for his single "Me Ne Woa" featuring King Promise that has us all in our feelings. The clip follows M.anifest as he navigates his relationship with his love interest who is frustrated with his late nights. Yet he assures her that his time away from her is being spent working hard to be able to afford a better lifestyle for them both.

'Botswana Music Guitar,' as its called, has traits of Congolese Rumba, South African Zulu Mbaqanga and the Zimbabwean guitar masters. This style is now being compiled by Piranha Records and Vital Record in their upcoming release, I'm Not Here To Hunt Rabbits. We premieried the second single off that compilation, "Tika Molamu (Knobkerrie Throw)," by Botswana's talented Sibongile Kgaila.

Nigeria's Brymo released a 'nude' music video for his new single "Heya!," and Twitter went crazy. The cinematic visual, shot by NVMB3R Production, features Brymo wearing only a loincloth as he steps out of Lagos Lagoon and sits at a piano to play his song. It definitely got people talking, to say the least.

Mimi Mars is one of the buzzing names coming out of Tanzania's music scene, which the likes of her sister, Vanessa Mdee, and superstar Diamond Platnumz have helped establish as East Africa's musical powerhouse. The Dar es Salaam singer now comes through with the S2kizzy and Switch Records-produced single "Papara."

Belgian-Congolese artist Témé Tan premiered his new music video for "Champion," a reverberating dose of positive energy, which sees him performing at the Democratic Republic of Congo's Amani Festivaland collaborating with Congolese musicians.

Davido comes through with a remix to his highly-addictive hit "FIA," alongside UK rapper Stefflon Don.

AndreMussic, a rising force coming out of Nigeria, has two party-starting tracks for you to get down to. "Nasty" is the more upbeat of the pair, while "Hypnotize," featuring Gabsky, builds on a dancehall-influenced beat.

"Nasty" and "Hypnotize" are available everywhere now from Okaymusic.

The ultra smooth Nigerian duo formed by producer Myme and R&B/soul singer JazzZ come through with their 5-track EP, Made In Lagos.

Made In Lagos is available everywhere now from Okaymusic.