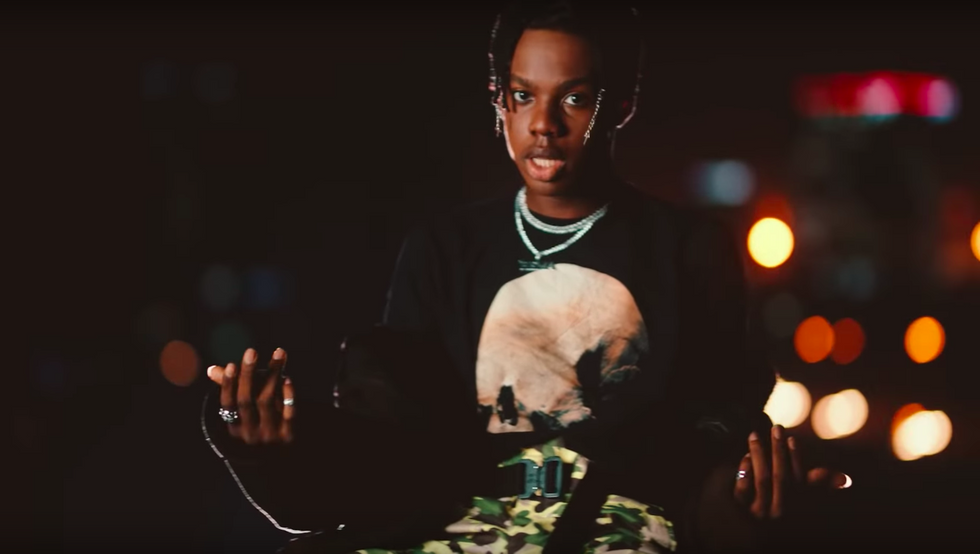 The rising hitmaker's debut single got a major cosign from the former president.

Rema is one of the Nigerian music's most promising new artists, and it seems that even Barack and Michelle Obama have taken notice.

The 19-year old artist has been included on the former first couple's annual summer playlist, which lists 44 tracks that their listening to from a variety of genres and time periods.

While the singer is best known for his breakout hit "Dumebi," which is arguably one of the most popular afropop singles of the year, the Obama's went with the artist's debut single "Iron Man" for their 2019 playlist. The artist thanked the Obamas, on Instagram, writing "Nigeria to the world."

"With summer winding down, here's a sampling of what Michelle and I have been listening to — some new, some old, some fast, some slow," wrote the former president on Instagram.

While Rema is the sole artist representing for Nigeria on this year's list, the Obama's have also highlighted fellow newcomers like Koffee, Lil Nas X and Lizzo. Beyoncé's "MOOD 4EVA," a standout from her The Lion King: The Gift album, that features legendary Malian singer Oumou Sangaré also made the cut.

It's been a big year for African artists gaining international recognition, and Rema's inclusion on the list is only further proof of the growing influence of contemporary African sounds. It's also further proof that the Obamas' have great taste.

Check out the Obamas' full 2019 playlist below.