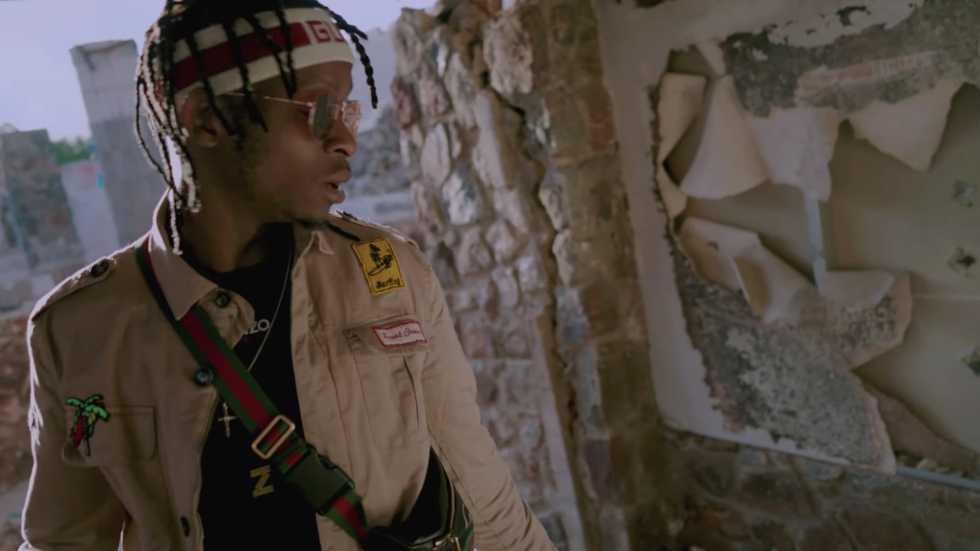 A Beat-tape Tribute to Johnny Clegg

South African hip-hop producers such as Beat Mochini, Arsenic, Lebzotic and a few others have come together to pay homage to legendary South African musician Johnny Clegg, who died last month. The project, which is simply titled A Beat-tape Tribute to Johnny, sees each producer flip a Johnny Clegg or Juluka sample to make a new instrumental. It's a versatile project that showcases beats of different textures, ranging from the 808-laden flip of "Scatterlings of Africa" by Juluka to the percussion-heavy boom bap of Beatmochini on "Bafazane."

Jidenna's new music video for "Tribe" follows him and his crew through an epic house party. "Tribe" is definitely a hip-hop number where Jidenna speaks about camaraderie and the friends in his life who have literally become his family. He also emphasizes how even those who isolate themselves still need to be a part of a tribe or collective at the end of the day. It's definitely a banger and something that gets you wanting to move along with it.

AYLØ is a rising rapper, singer & producer coming out of the same innovative Nigerian musical circles as the likes of Santi and Odunsi. Heshared his new mixtape dnt'dlt, a hazy and alluring ride through the artist's wide array of influences—from hip-hop to soul to jazz and more—all presented in his own new wave lens. The 10-track project features up-and-comers like Fasina, PscyhoYP, Myquale, Mojo, Sugabana, and Cheso. Dnt'dlt includes the previously released single "Paris!," which was co-produced by Le Mav and Odunsi The Engine.

Gemini Major just released the music video for "Right Now," his latest single, featuring Nasty C and Tellaman. "Right Now" is a certified street banger, built around an ice cold bassline that's as big as the three artists lacing it. The video, just like the song, isn't anything conceptual. It consists mostly of performance scenes, most of them filmed in an abandoned building. Visual effects add color to an already colorful video—there's always color wherever Tellaman is.

Buzzing Ghanaian actKirani AYAT comes through with this brand new single and video for "Shugah 2x." The new track is a bit of a departure from his signature Hausa-rap style, as he decides to tackle more electronic-leaning production. "Shugah 2x is an experiment I did on my last EP Her Vibe Is Right," Kirani AYAT tells OkayAfrica. "I wanted to do something new from what I'm known for and that was the result, a blend between SA house, Ghana highlife and afrobeat."

Beast's latest single "Hello" is doing well, getting airplay on most South African major radio stations. This is obviously thanks to the radio-friendly nature of the song, especially the hook from Sjava and its Afro pop feel. "Hello" is optimistic, with the rapper encouraging his listeners by telling them, no matter how difficult life currently is, things eventually get better.

Novais back with his new EP, S.T.A.Y (Still Think About You). Throughout its seven songs, the EP draws you into Nova's hazy Toronto world with sounds ranging from hip-hop to RnB, soul, and influences from his background across Nigeria and Ghana. "S.T.A.Y is a universe of dark melancholy and Afrocentric vibrations" the artist and his team explain. The EP features production from collaborators Doozybeatz, Goldkeyz, and Kabizzy. It was executive produced by longtime collaborator BankyOnDBeatz.

Addis Ababa-based producer Ethiopian Records comes through with this new hour-long mix for DJ Mag's On Cue series. The mix, titled Joyful Rebellion, is "a pan-African call of unity and [accompanies] a release I did in a pan-African compilation with the record label Python Syndicate," he tells us. Check it out above.

M.I Abaga drops this new music video for this highlight from last year's Rendezvous: A Playlist, featuring Nonso Amadi. The song is described by his team as "the calm balance between the clever wordplay, double entendres of M.I, andthe romantic pursuit of his desired woman of interest." The new music video was directed by Seyi Akinlade in Lagos, Nigeria.

A Mix of SA Hip-Hop Songs Produced by Buks

BETR Gang member Buks is one of South African hip-hop's key producers. He was introduced to fans in the late 2000s, as part of the super producer trio The I.V. League aka I.V League aka I.V League Papa, alongside AKA and Kamza. Recently, fellow BETR Gang member and producer Al Da 3rd released an hour-long mix of songs produced by Buks. He manages to go through close to 40 songs that bear Buks' credits, since his I.V League days to present day.