The 17 Songs You Need to Hear This Week 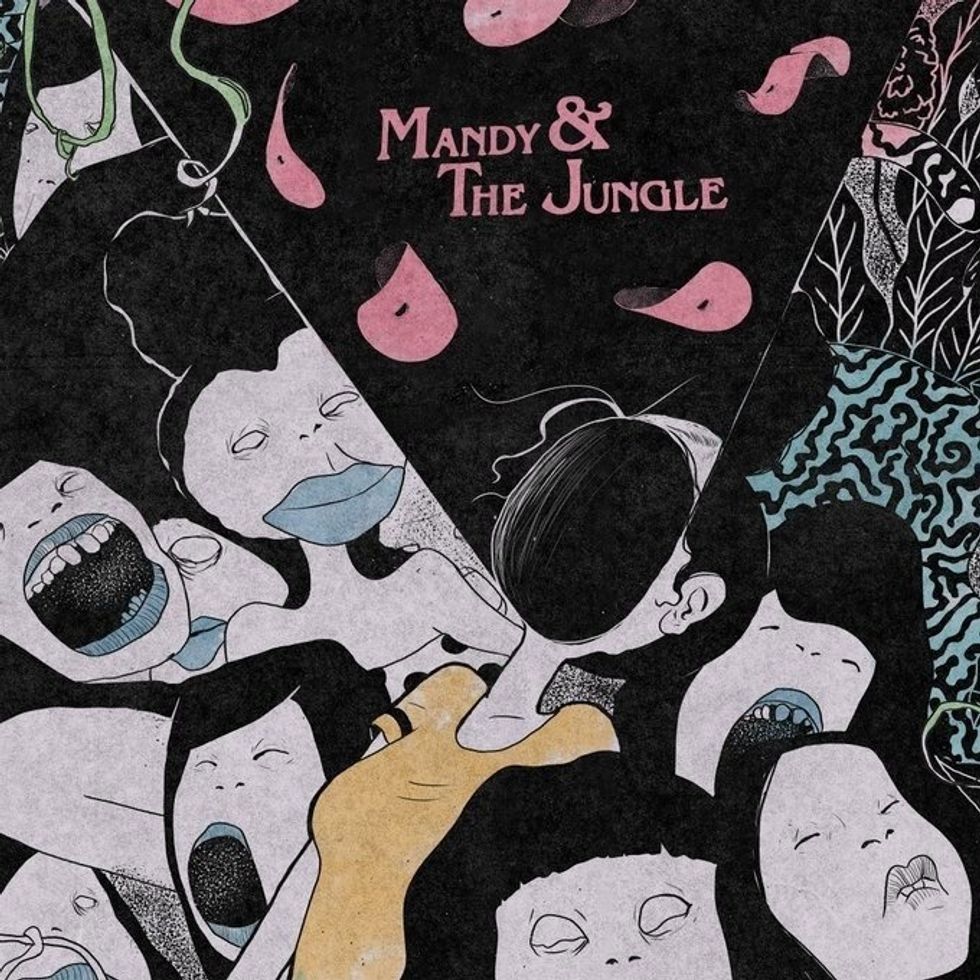 As we all know by now, Nigeria's own Santi has been one to watch. The alté maestro dropped his highly-anticipated album, Mandy & The Jungle Friday—a vibe-filled project featuring the likes of DRAM, GoldLink (who recently collaborated with Maleek Berry), Tay Iwar, Amaarae, Nonso Amadi and more. "Over the past two years, I learnt more about expressing myself and translating that feeling into sound and visuals," Santi explains. Mandy & The Jungle warrants repeated listening, as Santi tells multifaceted tales of friendship, complex love to subsequent heartbreak.

Amaaraecomes through with her brand new single and music video for "Spend Some Time," featuring Nigerian heavyweight Wande Coal. The Ghanaian artist, who dropped one of our favorite tracks last year with "Fluid," now comes back with another highly-addictive new tune. "Spend Some Time" pairs Amaarae's hazy vocal delivery with light synth hits and sparse beat work produced by ØBED and Rvdical The Kid.

South African jazz and neo soul group Seba Kaapstad signed to Mello Music Group earlier this year. You can stream Thina, their first album under the popular indie label, which is home to the likes of Oddissee, Apollo Brown, Quelle Chris, Kool Keith and a lot more. Thina is, as expected, a diverse album that meshes the crew's influences—jazz, R&B;, electronic, neo soul and hip-hop. The themes explored lyrically are just as diverse as the music. Included in the album are the two video singles "Africa" and "Don't."

It's no question that Rema's "Dumebi" is the standout track from his self-titled EP. The 18-year-old recent signee to Mavin Records has released the music video for the track, where we see the Benin City native crushing on a taken beauty, attempting to vie for her attention on a road trip—with her boyfriend present. Cute but sad, abi? We've all been there before. Styled in bright colors and Lagos cool (even in Nigerian streetwear brands like WAFFLESNCREAM), the music video for "Dumebi" is yet another example of how Nigerian youth are slowly making their own space for fresh, creative and quality sounds and visuals.

South African artist and producer Anatii's latest music video is directed by himself and Lindo Langa, like most of his recent videos. The video for "WENA" shows different couples celebrating each other and their love. People of different ages, genders, race and sexual orientation can all be seen flourishing in each other's company in the stunning visuals. The video opens with a voiceover by legendary South African news anchor Noxolo Grootboom, who ends her piece with her trademark signature "Ndinithanda nonke emakhaya."

Following their memorable 2018 collaboration "Turn Up," which also featured Reekado Banks. Frequent collaborators DJ Tunez and Wizkid link up for their latest "Gbese" featuring Blaqjerzee, and we must say it's one of our favorites. "Gbese" is a breezy banger that sees Wizkid flexing his vocals throughout the mellow track. The song boasts an old-school smooth jazz feel and samplesTic Tac and Tony Tetuila's "Fefe N'efe", as noted in Konbini. To top it all off, the just over 5-minute track ends with a standout saxophone riff.

Nigerian artist Runtown links with Major Lazer's Walshy Fire and Jamaican dancehall artist Alkaline for the made-for-summer banger "No Negative Vibes." The track, produced by Walshy Fire, is all about maintaining positive energy and living life to the fullest, as Runtown sings on the chorus an opening verse. Alkaline joins in with a melodic verse echoing the same sentiments sung in Patois.

Dremo drops his latest track "Touchdown," a banging tune that sees the Nigerian artist flexing his rap skills. The new single sees Dremo going in over a head-nodder beat as he raps about touching down across Atlanta and other cities to work on his upcoming EP, Codename Vol. 2, and do his thing at clubs. He also mentions that he'll be coming back to Nigeria once he finishes recording and that "Volume 2 bout to be a madness."

Nonso Amadiis one of the standout acts from a young wave of Nigerian musicians blending afro-fusion with RnB and much more. He's now dropping the brand new single "Comfortable," an addictive self-produced track that sees him linking up with bubbling Ghanaian act Kwesi Arthur. "Comfortable" is built on woozy synth keys and sparse beat work, all spearheaded by Nonso Amadi's vocals about wanting freedom in a relationship.

Nadia Nakai is currently one of the most confident rappers in South Africa. The Zimbabwe-born rapper is relentless on the mic, rapping with a conviction that is sure to intimidate her competitions in every song. Nadia is unapologetic about her success; after all, just a few years ago, she was an underdog undergoing scrutiny, and the verdict didn't always favor her. In her latest single "Imma Boss," she rubs all that success in your face with her customary conviction. She spits quotable after another, equipping you with new captions for your Instagram posts. For instance, she raps in one of the verses.

Young Parisis back with his third studio album, Blood Diamond. The new record sees the New York-based Congolese artist and Roc Nation signeecycling through nine tracks that are made for summer nights and dance floors. Blood Diamond is spearheaded by lead single "Juicy," a lively track that includes a verse from Nigerian heavyweight Olamide. Additional features across the album come from Mizzle, Breana Marin, and producer Nyceman.

"Never Fall," the lead single to J-Smash's Rise of a King EP, finally has a video. In the visual, which was directed by Motion Billy, Emtee opens up to J-Smash who is playing a shrink of some sort. Emtee is assuring the man that he will never fall, he's here for the long run. "Never Fall" is one of the strongest songs on Rise of a King, an EP which has serious heaters.

The music video for Praiz' latest single, "Hustle," is here. The Nigerian crooner's collaboration with Ghana's own Stonebwoy is a reggae-infused tune that inspires and uplifts those who grind day in and day out to make a better life for themselves. Directed by Adasa Cookey, Konbinireports, the music video for "Hustle" follows hardworking Lagosians in their various hustles while the powerhouse vocalists talk about their own respective stories on their journey to continued success.

American-Nigerian singer/ songwriter FIKI comes through with her latest drop "No Good," which she calls 'an Afropop sexy fierce summer single." Check it out above.