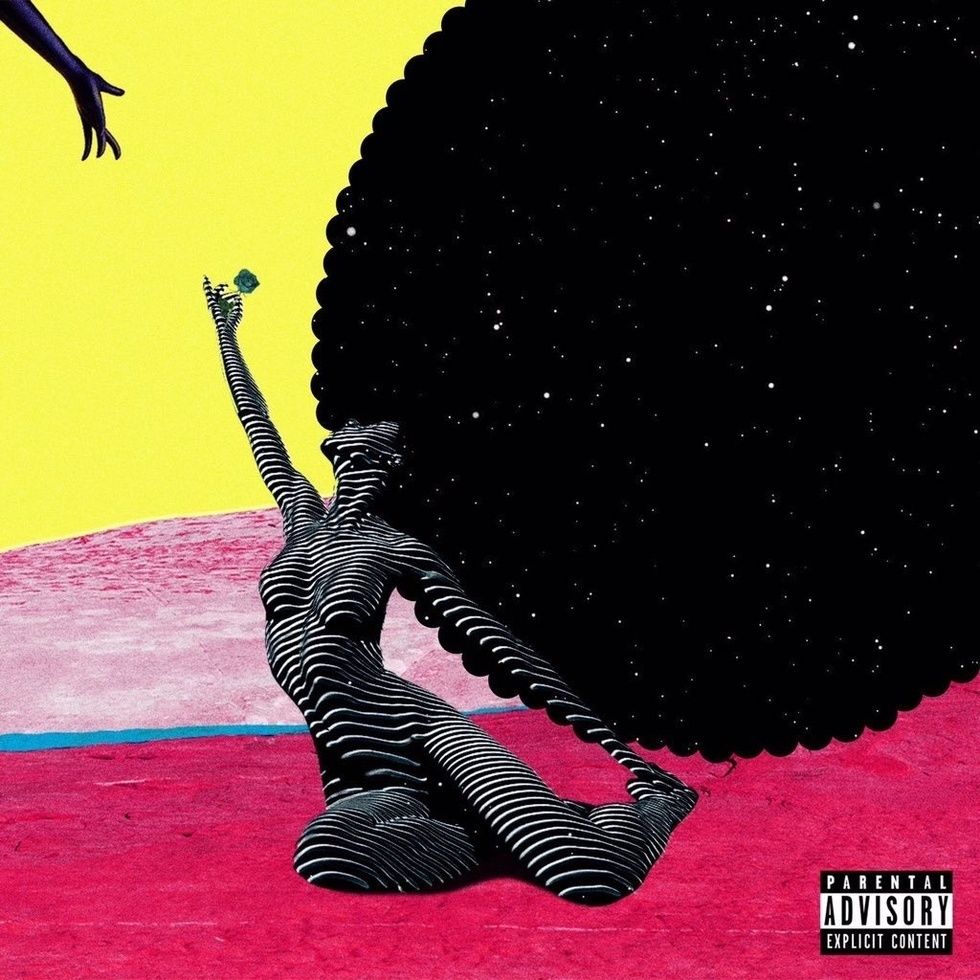 Cover art for Riky Rick's "You and I"

After a period of silence,Minzreturns to the spotlight with his latest single "Skin," a crisp and seductive afro-swing track that appreciates the beautiful skin and figure of all women. Shot and directed by Mahine Sef in Gabon, the music video is sensational and will have you transfixed while you view it. "I want everyone seeing this video to feel good about themselves. To know that they are special. The little imperfections that make us insecure about ourselves are actually what make us unique and beautiful," he writes to OkayAfrica on e-mail.

Riky Rick 'You And I' feat. Mlindo The Vocalist

Riky Rick's new song features one of the most sought after singers in the game, Mlindo The Vocalist. The singer assists Riky in assuring the love of his life that his love for her is forever. The rapper speaks of him maturing into a better partner and human being in general. He promises to do better by his bae. "You and I" is reminiscent of the Riky who dropped a song like "Sondela" from his 2015 debut album Family Values. Riky's sincerity always works in his favor when he pens personal songs like his new one.

South African singer Ayanda Jiyagifted her fans a special Valentine's Day gift in the form of "Falling For You," which features the rapper A-Reece. "Falling For You" is an old school RnB-inspired tune in which the singer details her feelings for a special somebody who stole her heart. Ayanda sounds at home over an instrumental that leads with a looped 8-bit sound reminiscent of the video game Pacman.

Swiss electronic producer Dejot has a fondness for South African and its musicians. Last year, Dejot produced the rapper Robin Thirdfloor's EP Bhotela in its entirety. He has also worked with Bongeziwe Mabandla. This year, for his latest EP, Uhujano, he enlisted South Africa-based artists Moonchild Sanelly, Waterlillyrose, Robert Machiri and the duo RADIO 123. The collaborations were curated by all-round music junkie, DJ, producer and drummer (BLK JKS) Tshepang Ramoba aka RMBO.

Fresh off his massive collaboration with Zlatan on"Killin' Dem," Burna Boy is back with another one. The artist teams up with fellow Nigerian artist Oritse Femiand Jamaican artist Konshens for the dancehall-infused track "Play Am." The song opens with a memorable verse from Konshens before both Oritse Femi and Burna join in, making for a unique fusion of Yoruba, Patois and Pidgin over the track's vibrant, multilayered production by producer Young D.

Cameroonian rapper Jovi comes through with the new 14-track album, God Don Kam. The self-produced record is packed with hip-hop bangers that see Jovi blending elements from Cameroonian genres like bikutsi, makossa, and bottle dance to create a new genre he calls 'Mboko,' as he delivers hard rhymes in English, French, Pidgin, and Limbum. Grab the album here.

Niniolaand producer Sarz connect for the first time since the success of "Bana" for this new single, "Designer." As the title implies, the new song sees the Nigerian singer singing about the many high-fashion brands she's drawn towards. The beat, crafted by Sarz, is readymade for the dance floor.

Read: Niniola Is the Nigerian Queen of Afro-House

Mr Eazi shares his latest collaboration "Alert" which sees him teaming up with South Africa's DJ Maphorisa and fellow Nigerian musician DJ Kaywise. The upbeat track, gets an equally lively music video, which features the three artist in colorful streets. They're surrounded by energetic, vibrantly-dressed dancers as they perform. Later, they head to the bank to make it rain with several bills. The track is a definite party-starter, that seamlessly fuses elements of Nigerian and South African pop.

After collaborating on the song "I Pray," one of South Africa's most loved couple Priddy Ugly and Bontle Modiselle drop a two-track EP. The duo goes by the name Rick Jade, which comes from the artists' real names Ricardo and Jade. I Want Something New is a celebration of love. The project's cover art sees illustrator M4RK reimagine the Garden of Eden with Bontle and Priddy. Sonically, I Want Something New combines RnB and Afrobeats, which plays as the perfect backdrop for documenting the highest order of emotion, love.

After releasing "Baba Nla" with a stacked roster of afrobeats greats last year, music executive-turned-artist Larry Gaaga has tapped Nigerian pop music veteran 2Baba to drop 2019's Valentine's Day anthem, "Iworiwo." The track, produced by Marvio and mixed by Tee-Y Mix, is another to add to the roster of quintessential afrobeats love songs. As Konbininotes, the stars of the "Iworiwo" music video coordinated by Tilt Productiions are the partners of both 2Baba and Larry.

As the grand-niece of legendary South African Jazz musician Bheki Mseleku, DemiMa Mseleku is continuing the musical legacy of the renowned family. Having nurtured her artistry since childhood, she now announces herself with her debut single "Sondela," a soulful story of love, identity and belonging. These themes resonate with DemiMa; as an artist whose development occurred between London and Durban.

South African rapper Sipho The Gift just released his 3-track EP Good Things Come In 3s, which offers an interesting perspective on intimacy. It follows his debut album, 2017's Kintsugi, a deeply cathartic record made from a place of gloom. For it's part, Good Things Come in 3s is a jazzier and more colourful offering. The exquisite production is handled by the innanetwav's oshxku who's previously worked with The Big Hash. The EP comes in at just over three minutes, with each track successively bleeding into the next.

Nubiyan Twist are a 12-piece London-based collective blending a wide array styles and influences into a modern soulful sound that's been brewing out of the UK's new jazz scene. The band, who initially met at the Leeds College Of Music. is now preparing the release of Jungle Run, a 10-track album that sees them collaborate with several artists from their circle (and a few legends like Tony Allen and Mulatu Astatke) as they weave across compositions influenced by hip-hop, afrobeat, Ethio-jazz, dub, Latin music and much more.