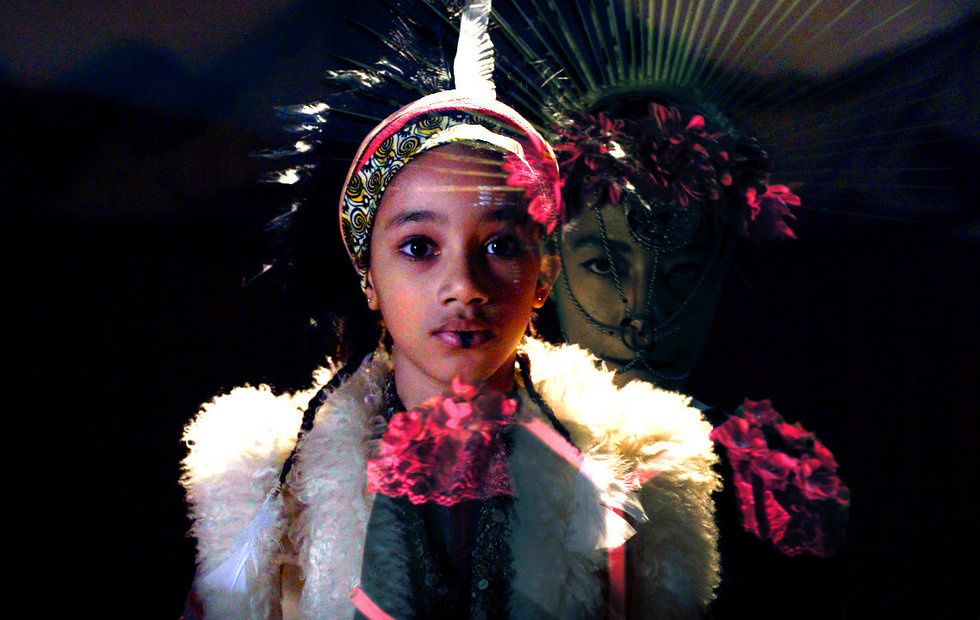 One of the most anticipated South African hip-hop albums of 2019, 3T by YoungstaCPT, is a 20-track long journey into the lives of Cape Coloured people in The Mother City. Just as the album's three singles, "YVR," "YAATIE" and "V.O.C" pointed, 3T is the story of Cape Town heard straight from the horse's mouth. YoungstaCPT celebrates his identity, and interrogates where Coloured people fit in in post-apartheid South Africa. Most songs are written from the point of a young man who's trying to make sense of his surroundings—he raps about colonialism, gangsterism, drug abuse and Coloured people's willingness and efforts to elevate themselves in a country that seems to forget them

Last week, Burna Boy and American production duo DJDS dropped their joint EP Steel & Copper, a moody 4-track collection that saw the genre-bending artist showcasing his versatility atop gritty production. Today, the artists share the joint music video for EP standouts "Thuggin/Darko," an emotive track that sees Burna Boy reflecting on those lost and grappling with the trials of a tough lifestyle. "This life done took my brothers, but I, I'm still thuggin' anyway," he sings over spacious strings and stuttering high-hats. The video is packed with gripping imagery, beginning with melancholic black and white shots of Burna Boy caring for a motherly figure in his home before engaging in a street fight that turns deadly for one of the men involved.

SPIJØNGET Chapter One is ByLwansta's first project in three years—the first of an ongoing series that will culminate in a 12-track album in coming months. But you'll get it in bits and pieces. SPIJØNGET Chapter One, as is the case with most of the man's work, is sincere and teeming with personality—humor in the form of tongue-in-cheek lines, first-person storytelling and animated delivery are all used to give an update on what's been happening in the rapper's life. The EP details his relationship with his girlfriend, from them spending time together, to how they are each other's support structures and the strength of their bond.

Nigerian artist Reekado Banks' comes with more heat following the release of his single "Yawa" featuringDJ Yung earlier this year. The 25-year-old singer and songwriter shares his latest banger "Maria," produced by Young John. On the three-and-a-half minute track, the artist sings about a girl, by the name of Maria—as you might have guessed—who he is smitten with in a smoldering mix of Pidgin and Yoruba. "Your loving sweet pass money, oh," he sings atop the tracks's blazing production.

Yugen Blakrok's sophomore album, Anima Mysterium, just got treated to another video single, a month after release. As is usually the case with Yugen's craft, the video is as layered with symbolism as her lyrics are. Hip-hop in the form of break dancing is intertwined with characters that may appear otherworldly to you and I. The director of the music video, Yann Marquis said: "For this music video I focused on animating the artist's metaphors without illustrating them in a strictly literal way. From her prose I let emerge a collection of hybrid and extraordinary characters. These characters commune to represent a form of transversality. Transversality of time (youth-old age), of matter (organic-electric), of genre (masculine-feminine) and of species (animal-human)."

Tay Iwar follows up his impressive 1997 EP with the16-song album, Gemini. This new project from one of the promising young artist spearheading the new wave of Nigerian is definitely worth your listen. It features previously releases gems from 1997 like "Space" featuring Santi & Preye and "Sugardaddy" with Odunsi.

A-Reece and his producer MashBeatz dropped a new project this morning. The 11-track project, which is titled Reece Effect, features some members of the The Wrecking Crew, Ex Global and Wordz, alongsideIMP THA DON and Krish. On Reece Effect, Reece and his goons are doing what's now expected of them—making world class rap records. As usual, the rapper reminds you how he's the don of this shit, and that he's living a desirable life (he raps, "We turned ballin' into a habit" on the song "$trange Habit$") and tells a few stories about his love life.

Strut Records is readying the release of their new compilation, Nigeria 70: No Wahala: Highlife, Afro-Funk & Juju 1973-1987. The fourth installment in their Nigeria 70 series, which started back in 2001, focuses on a time in Nigerian music when styles like juju and highlife became more influenced by Western jazz, soul and funk. And we're premiering it here today. Duncan Brooker, the compilation's longtime curator, particularly wanted to feature some Ukwuani acts from the Niger Delta for this 12-song compilation—a solid collection of vintage gems that will have you hooked for days.

For his latest music video, Zakwe enlisted the skills of Cape Town director Motion Billy. The video was shot in the Mother City, and shows Zakwe and his collaborators Stogie T and Jay Claude in their dapper drip performing for and among a gang of goons. There's a serious attention to detail on the video and the minimalist approach gives it a clean and sophisticated look, which is fitting for an equally sophisticated rap song. "Roots" features a show-stealing verse from Stogie T, solid hook from Jay Claude and a decent verse from Zakwe. The song is taken from Zakwe's 2018 album Cebisa.

Watch Adekunle Gold 'Before You Wake Up'

Adekunle Gold returns with a new music video for his latest single "Before You Wake Up," which dropped earlier this month. The love song gets an equally romantic video, with an always smiling Adekunle Gold serenading a special lady in a number of vivid settings and showing his affection for her. Later in the video the singer also shows off a couple dance moves with a group of friends, before he and his girl ride off together in an expensive car (because it couldn't really be a Nigerian music video without one, could it?) The music video was directed by Foreign Made.

South African veteran rapper Stogie T stays shapeshifting. In his latest song, "Original Recipe Freestyle," he drenches his melodic raps in autotune over a trap instrumental, and even uses the infamous "skrrr skrrr" adlib, the way the new wave trap kids do. While trap is nothing new to the MC since he evolved into Stogie T, he has always remained the hardcore lyricist he has been over the years. But "Original Recipe Freestyle" is the most right field he has ever taken it.

18-year-old Nigerian rapper Rema is the latest signee to Mavin Records. The Benin City native comes through with the entrancing new single and music video for "Iron Man," which seemingly pairs Nigerian pop with Arabic sonic influences. Get into it above.