The Politics of the Nigerian Music Industry 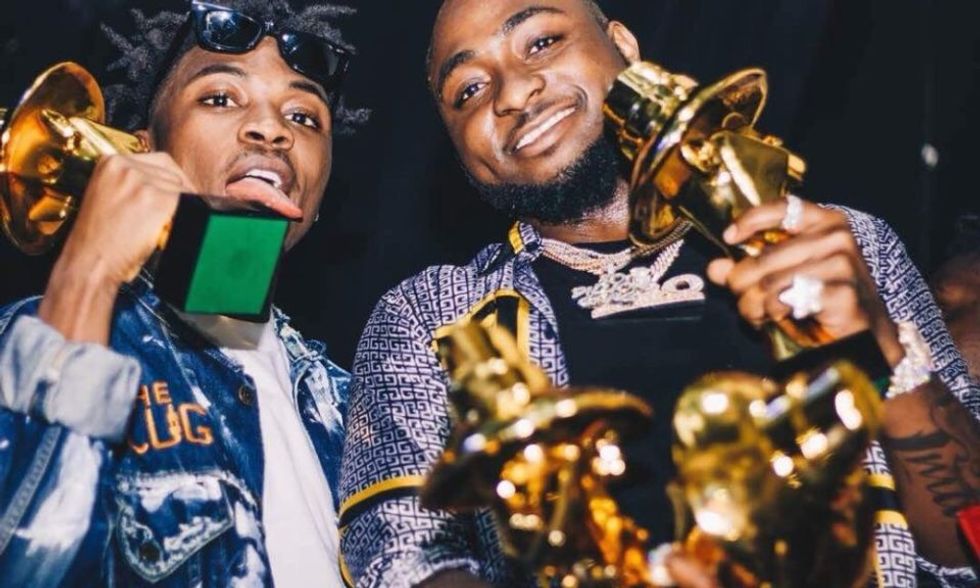 Dissecting the tension between the older "gatekeepers" and newer artists in the Nigeria.

"It feels like I am working, but I can't enter the inner cycle of the music industry," says Dimeji (not his real name). He is a 27-year-old singer based in Lagos, Nigeria's commercial capital and music hub, where thousands of musicians hustle daily in the search for opportunities for their careers.

"Everyone needs to know someone to get a leg in, and the industry is all about relationships. I'm tired men," he despondently declares as we sit in a roadside restaurant in Victoria Island. Victor isn't the only hopeful artist with that feeling. There is an unspoken consensus about the Nigerian music industry that the scene is ruled by a political circle of powerful people, who control key affairs and opportunities within the space. They are regarded as both gatekeepers and chess masters, dictating the pace of movement, who rises and falls, who is blacklisted, and who receives a fair share of favours, deals and endorsements.

On Saturday, May 5, 2018, the country's most prestigious music award ceremony—The Headies—was held, in Lagos, with winners in the 25 categories. The aftermath of the awards saw a backlashon social media from viewers and music enthusiasts who believe that the recipients of key awards were undeserving of their trophies, citing industry and tribal politics as the reason why they carried home accolades.

At the ceremony, Wizkid and Davido won six awards between them, with singer Simi picking up three. There was nothing for fan favourites Maleek Berry (who resides in London), Burna Boy (an artist with an anti-establishment brand), and Johnny Drille, a highly-rated vocalist who was tipped to win the "Best Alternative Song" category.

Maleek Berry, who performed at the award show, would later go on Twitter to speak on the music industry 'elders':

"There are too many fake people in this industry.. If I start to vex and call out names… All you so called elders behind the scenes that are meant to be guiding younger African artists but instead you want to destroy people's names behind the scenes, why because no one is brown nosing you? Talking about we need to stick together more but all you grown men do is talk bad about young dudes trying to make something out of their lives and feed their families. Thank God I have real people around me in my inner circle I can seek wise counsel from. Sometimes keeping quiet is not the answer always."

The Headies is just a single manifestation of these sentiments. Beyond award shows, there's a growing feeling that the Nigerian music industry isn't a fair space to work in. With very few rules and blurred lines of engagement, the industry operates on a 'relationship basis', which is simply a local slang for nepotism and favouritism.

This behavioural practice runs deep within the music industry. Across board and all the subsectors that make up the whole—from media, events, production, promotions and management—there's a tendency for people to get opportunities based on their personal relationship with a powerful person. Business is personal, and you would be more likely to get a position, a spot on radio, and an interview on a show, if someone with power referred you. Occasionally, people progress on merit, but the most potent formula for success is to combine it with nepotism.

Tracing this nepotism goes back to the early days of the urban Nigerian music industry. In the '90s and early 2000s most of the young people who were interested in music built the foundation of the space and positioned themselves through the creation of companies and systems to get results. These people further increased in power, money and influence, becoming the owners of the biggest firms, labels and media houses. These people are friends, relying on each other for support through their platforms, and essentially dictating the pace of the game.

To get access, young entrants into the space would have to identify with them, work with them, or find someone to co-sign them to push them through the ladder.

The first generation includes notable industry names such as Ayeni Adekunle, Cecil Hammond, Sunday Are (Wizkid's Manager), Ayo Animashaun (who owns the Headies), Olisa Adibua, Chris Ubosi, Obi Asika, Tola Odunsi, Paul Okoye (popularly known as Paul O), Steve Babaeko, Efe Omoregbe, Taju Adepetu, and more. They, and many others of their age group built the industry. They own platforms to service and drive the industry, making them some of the most powerful names in the space.

Their friendships and dependency aid in business partnerships across the industry from branding, PR and much more. From the top, these connections, cliques and friendships spread across into different levels of engagement in the industry.

Ycee took a subtle dig at this on Twitter. The musician signed to Tinny Entertainment is one of the most prominent names in the Nigerian music space, with consistent big releases and pop influence in the past 3 years. But he has had minimal brand endorsement opportunities to turn that into financial profit.

Endorsements keep circulating around the same people. They say the young shall grow but no be for naija.
— ZAHEER! (@ZAHEER!) 1525953642.0

A&R expert, Lanre 'Elbama' Onipede, has a conflicting view. He believes Ycee's case is a consequence of inadequate management, rather than the play of politics.

"Ycee needs to ask his management what's going on," Onipede says. "With his catalogue of music and influence on pop culture, they should have taken his EPK, submit it to various brands."

Speaking further on nepotism, Onipede who consults for Universal Music Group Africa points to the case of Mayorkun, a singer who got signed by Davido from an Instagram clip. "There's nepotism everywhere, but you need to work around it, and find ways to advance yourself," he says.

The Internet As An Equalizer

An often-preferred method around this situation for many young creatives in Nigeria is the use of the internet. With a population of over 180 million people, and an increase in internet penetration, there's a huge potential for musicians to become successful via cutting out all the pipes and middlemen to reach their fans and market their content.

Via their smartphones and social media platforms, they possess access to the consumers, and can push through a connection via promotions and targeted advertisements.

A great music success story from the internet in Nigeria is Mr Eazi. The Afro-fusion artist blew up in 2016 largely through social media promotions. As he progressed and his influence grew, it forced the hands of numerous gatekeepers to work with him. He already had the connection, and the influence. The rest of the work was to monetize via established platforms and live events.

"We are working on optimizing our social media platforms," says Barzini, a member of the fusion group, Mars and Barzini. The duo recently amplified their campaigns across all social media platforms, developing unique content to engage with fans and local music enthusiasts. They say the results have been massive, especially with directing fans towards their buzzing EP titled In Spirit.

"For us and many other young artists, social media is a bit of a saviour. It is cost effective and you can you can literally get instant value for all of what you do. More artists are pretty much using it now as their primary means of promotion," Barzini continues.

But while these tools can help with self-promotion and the cultivation of a fan base, monetizing via events and also scaling locally, still involves playing the political game. Whether it is to make key allies for endorsement opportunities, or touring obligations, politics rules the Nigerian music industry and no one can escape.

"It's the space we have chosen to operate in, and whether we like it or not, if we want to be successful, we have to find ways to work it to our advantage," Barzini says.

Onipede agrees with the view. "There's no politics made public, but it is everywhere in life. Artists just need to get out of their way to do the right things, and work to the best of their ability. Do everything in your power, and leave the rest to God," he concludes.