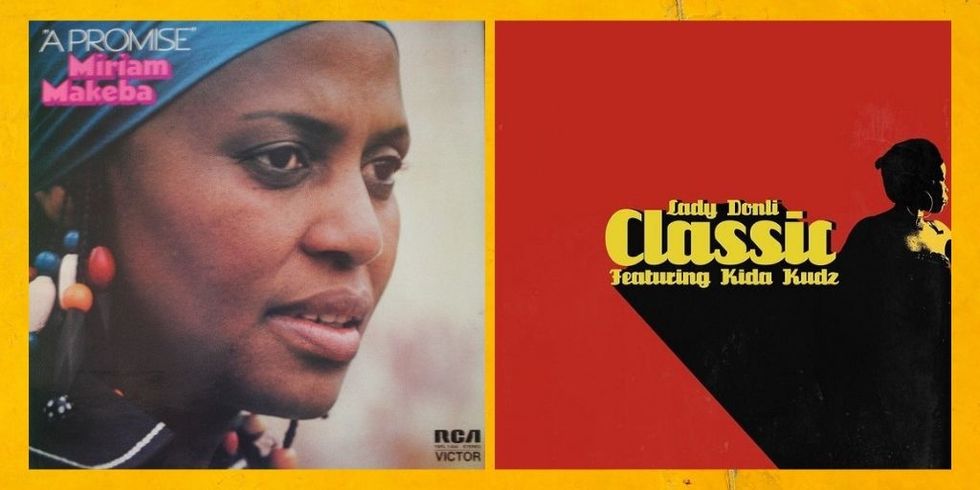 From highlighting vintage Guinean records in rap songs to Nollywood references in afropop, Sample Chief wants to be an "all-knowing wizard" that "shares African music intelligence on a deeper level."

Samples are the foundation of just about all of our favorite songs whether we know them or not. For music lovers, discovering a rare song within a song can feel like stumbling upon a gem, leaving us to wonder what other musical treasures lie hidden in the songs we listen to regularly. Sample Chiefis the digital platform dedicated to helping music nerds find these rare cuts by unearthing the African sounds at the heart of contemporary African music and other genres.

From rare Cameroonian-Nigerian samples on Tyler the Creator's Igor, to samples and interpolations of Nollywood movies in today's African pop, the primarily Instagram, Twitter and YouTube-based platform aims to be an "all-knowing wizard" that "shares African music intelligence on a deeper level," says Sample Chief's founder Ore Sami-Orungbe.

Sami-Orungbe, a Toronto-based student and DJ who runs Sample Chief with his business partner Sandrine Somé, decided to create the page after realizing that there were no solid outlets to go to for the discovery of samples both in and of African music. "I was on a plane listening to 'Sicker' by Niniola and thinking, 'there's a huge sample on it, (she samples "Alaye" byL.K.T) but is there a database I could go to if I feel like I've heard a song before and want to know where the sample came from? There wasn't. So I thought maybe I should fill the void." He adds that with Sample Chief, the goal is to "be a platform that brings a community of users together and opens up a space where they can share their knowledge of African music. We break down songs and highlight the influences, the samples, interpolations, and the references behind it."

The site isn't just for sample-obsessed audiophiles either, it's for people who simply appreciate quirky music facts like knowing the most mentioned women's names in Nigerian music—as one of the site's most widely shared videos reveals—and listeners want to know more about the African cultural influences in popular music.

The platform is shaping up to be an all-encompassing source that explores the musical thread between today's African music and the songs of the past, while highlighting the continent's musical influence on other major genres as well—particularly hip hop. A recent video lists every African sample found in Kanye West's discography and another does the same for Nas and Damian Marley'sDistant Relatives. Highlighting these cross genre, cross-cultural connections is a major part of Sample Chief's mission. "There's a lot that goes on behind the scenes and there really isn't a platform that digs deep to analyze the DNA of our music and the culture too, so we put that at the forefront of what we do."

We caught up with Sample Chief's founder to hear about some of his favorite uses of samples from African music. Check out his selections below.

I like this one because it's a Nigerian song sampling a Nigerian song—which from our research, that's pretty rare. There are a lot of interpolations which means that they just replay the melody or re-sing it and tweak the lyrics a bit, but don't actually copy the song directly or use an actual portion of it. This song, however, actually uses a direct sample and it does it pretty well. Santi's "Freaky" is produced by Genio and samples the 2008 track by Ikechukwu called "Shoobeedoo." We included it on our "Samples You Probably Missed."

This is a really good sample. It's heard throughout the whole track, so it's the foundation of the song. The sample, (by Guinean dance music orchestra Balla et ses Balladins) is a really important layer.

[This song features] a very lovely sample produced by Toye Aru. He sampled "Quit It" by Miriam Makeba. This was one of my favorite samples of last year—one of my favorite collaborations in general. It features Kida Kudz.

The "Keepin it Tight" sample [of legendary Cameroonian musician Manu Dibango's "New Bell"] is just fresh—a good marriage between African jazz and the 90's boom-bap era. The snare placement is genius. It's a very fun track, with Busta Rhymes being known for his whimsical lyrics back then.

I think it's an important hip hop track for Africa period. Bridge, one of the most skilled lyricists of this generation, paying homage and rapping over a Fela sample from 1977. The song is produced by the talented Odunsi. Two young artists respecting the craft of the pioneers; that's how you keep the fire alive!